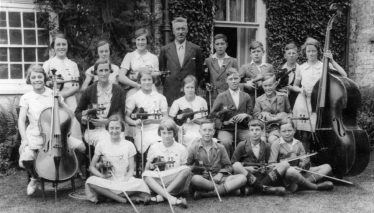 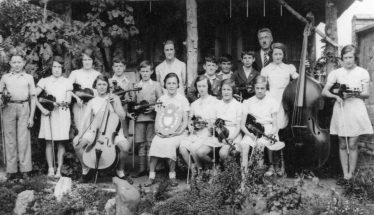 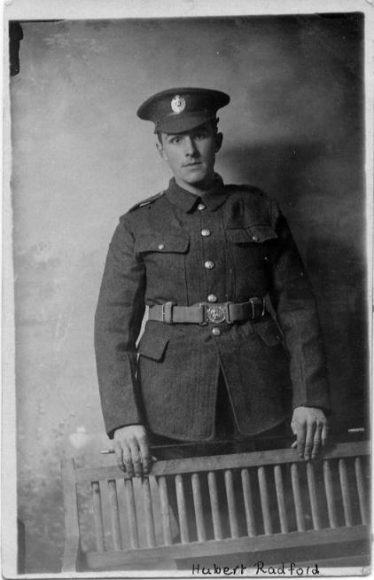 I have always got on well with old people and in the 1990s corresponded with Mary Radford in Hertfordshire who revealed fascinating information about village life years ago.

Mary Radford was born in Ashwell, Hertfordshire, in April 1923 the only child of Herbert and Nellie whose maiden name was Bray and whose family came from the Melton Mowbray area of Leicestershire.

Herbert was a carpenter and joiner working for John Bailey and Co. general builders in the village which firm were also funeral directors and made coffins. He was a skilled carpenter and actually made some handsome furniture for his home. He had served in World War I part of which was spent in the Middle East. He often said that he would like to return to this part of the world in peace time, He played cricket for Ashwell and, latterly, became an umpire. He was a keen gardener and a member of Ashwell’s Men’s Club.

Mary began school at Easter 1928 at Ashwell Junior School where her aunt Annie Bray was the head of the infants’ school. It was a mixed school with pupils up to the age of eleven years and, thereafter, the boys usually went to the Merchants Taylors School and the girls stayed at this Ashwell Junior school. With the arrival of Mr G Whitby as headmaster of Merchant Taylors school in 1933 girls were introduced and this included Mary.

The school uniform was a blue jumper and gymslip for the winter months and, in the summer, a white and blue check dress which the girls made themselves as part of their education. Mary had made hers by the time she was 13. She began violin lessons at the age of 12 as Mr Whitby ran an evening class at the school, Mary was in the school orchestra made up of string players only. She was also in the school choir.

She left school at the age of 15. As her mother was rather delicate, Mary stayed home to look after her.

Then tragedy struck. In the early part of the war her father was killed in bicycle accident when his brakes failed. Young Albert Sheldrick, later the author of two books on Ashwell, was with Herbert Radford when this accident happened.

In 1940, Mary went to work for Nelly Christie who ran the Post Office which was also the newsagents and village store. Having had to register for the war, Mary worked on a farm and was employed in market gardening for four years from 1942 to 1946. This was at Mardens Farm and that was convenient as it was relatively close to Mary’s home and her mother. The foreman at the farm seeing six stone Mary said, “I’ll give you a week!” but she stayed for four years and increased her weight to about eight stone.

At that time, Mary was engaged to be married but considered her duty to her mother to be of  more importance.

After the war, Mary stayed at home to care for her mother. Miss Christy invited Mary back to work at the store. She had given up the Post Office duties. After a week, Miss Christy died suddenly and Mary managed the store for a while. Then there were two sets of owners in quick succession.

From 1975 to 1982 Mary worked at Nicholls, a clothes shop in Hitchin. When her aunt died at the age of 93 Mary was left her bungalow. The house that she lived in with her parents was too big and rented and both Mary and her mother had gone to live with Aunt Bray in her bungalow called High Trees at West End. Latterly, Mr Whitby lived next door and told Mary that her love of gardening was due to his influence!

Mary was a member of the local horticultural society and the Congregational (now URC) Church. She helped with the Youth Club there since she was in her late forties.

A fall in her garden in 1999, when she was 76 years of age, led to two operations on her leg from a broken femur at Lister Hospital, Stevenage. She died a few year later.

She was an example of the ‘old’ school, a kind church-going lady. Those days were different  and better.

I am very grateful for the kind and willing help afforded to me by Peter Greener of the Ashwell Museum.

By kind permission of the author: