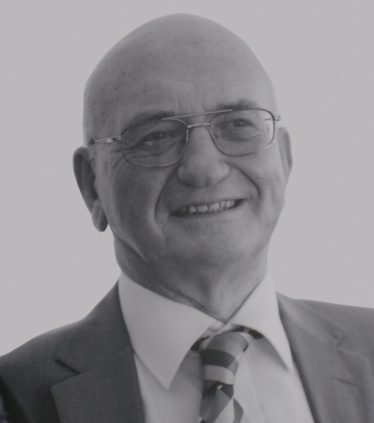 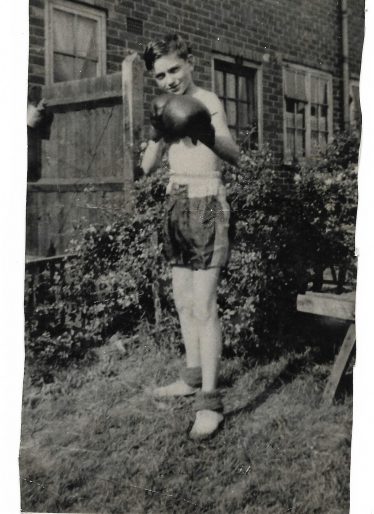 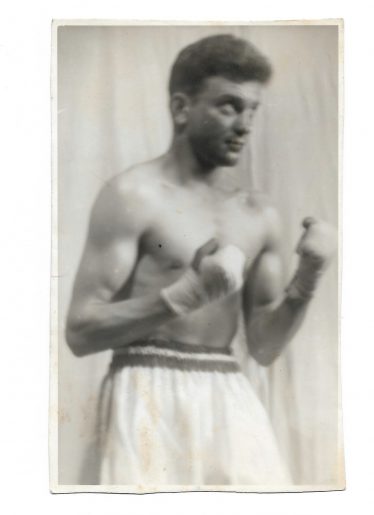 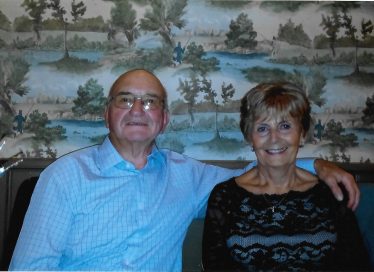 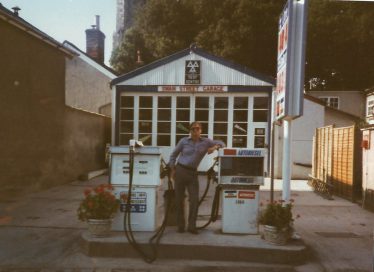 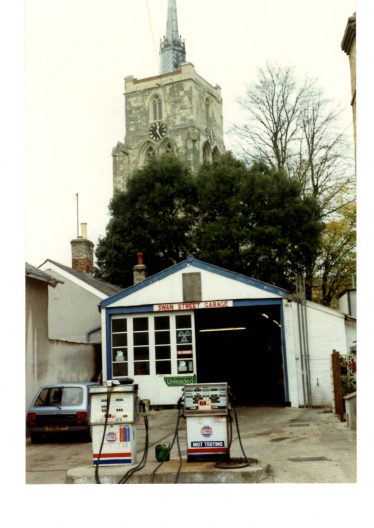 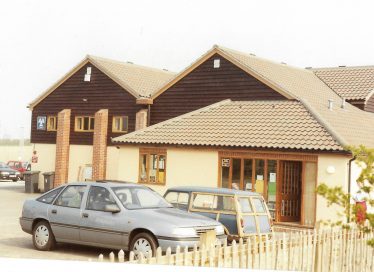 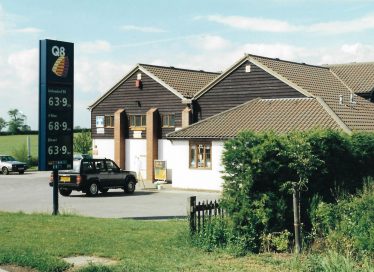 Reginald ‘Reg’ Alfred Fitzgerald was born 27 February 1934 in Dagenham, he had two brothers Eric and Gerald and three sisters, Dorothy, June and Joan, sadly his brothers and Dorothy passed away many years ago, but it’s fair to say that as the years went by Reg, June and Joan became very close even though they lived far apart, June in Canada and Joan in Essex.

Reg was evacuated from London to Longport, Somerset, then to Kingsbridge, Devon and later back to Curry Rivel, Somerset.  During this time he was sent on night time missions scrumping apples,  not being allowed back into the house until his bag was full of the finest selection.

He would tell us many stories of his time spent as an evacuee, he used to regale about his RAF exploits and flying Spitfires during the war years when, in fact, the only combat he knew was being knocked down by a car whilst he was evacuated.  How he managed to get knocked down by the only car in what must have been the sleepiest village in Somerset is a mystery to everyone, except of course to Reg and the driver of the car.

Each day his breakfast was porridge while everyone else had eggs and bacon. On his last day as an evacuee he summoned up the courage to ask why he couldn’t have the same as everyone else, imagine his shock and disappointment at the reply ‘they thought he didn’t like eggs and bacon’! This might explain why he loved a good old fry up and was also always able to speak up for himself.

After the war Reg returned to Dagenham passing the 11+ he was awarded a place at Leyton County High. Unfortunately, he was unable to fulfil this; leaving school he worked for a photographer in Holborn earning the princely sum of £2.15 shillings a week.  Reg also worked for a photographic studio in Leicester Square and another in Aldersgate.

It was at this time, he started his boxing career and in 1952 he was called up to join the RAF doing his initial training and “square-bashing” at Cardington and Compton Basset, Wiltshire, where he trained as a teleprinter Operator, after completing the course Reg was stationed at Bassingbourn where he met Brenda (Waldock), whom he married soon after – celebrating their 60th (Diamond) wedding anniversary in 2014.

During this time, he won the RAF Lightweight Boxing Championship, he was then sent to Cosford  to train as a Physical Education Instructor;   Reg and Brenda lived for a short time with Reg’s parents in Dagenham after their son Ray was born.

Continuing with his boxing career and after he had fought about 300 bouts, that included fighting  at The Royal Albert Hall, he decided he needed a proper job and hung up his gloves.

He didn’t however take on one job but two;  one for a printers in Canning Town (after he somehow managed to get a union card) and one working in the motor trade.

He then subsequently spent many years working on the print in Fleet Street, it was at this time that Reg and Brenda moved to Ashwell where their daughter Jane was born.

It was also the time that Reg was involved in yet another car accident this time colliding in the early hours of the morning on his London commute with what must have been the only double decker bus in the county on the road.

He always maintained it was a foggy day but needless to say he came off slightly worse for wear. So much so that it resulted in him having a metal plate inserted into his arm for which, in later life, he would set every security gate buzzing at airports whenever he went away on holiday.  You could say he was the original Bionic man?

He had a very special 50th birthday present when Liane his first grandchild was born, Reg loved his family and was just as proud when Daniel was born a couple of years later.  They had grandchildren and great grandchildren and lived in Ashwell for 63 years.

After leaving the print Reg became the proprietor of several garages, the last being Ashwell Garage in Swan Street which he replaced with a new garage built in Station Road. Many will remember his claims that he had never had a day off for illness in his life, that he had done umpteen number of MOTs before you were even up and many more besides.

Reg worked there until he retired just before his 65th birthday, although it might be disputed which year he actually retired, as he often disappeared to tend to his beloved garden and sheds enjoying many happy hours in the later years.