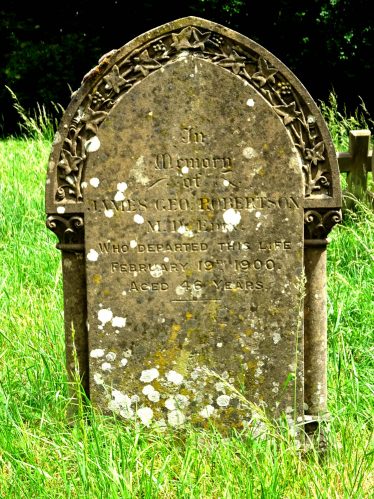 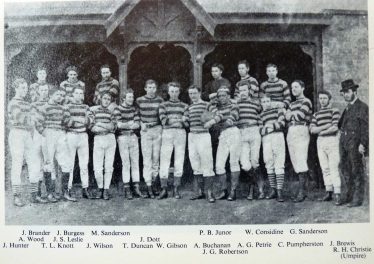 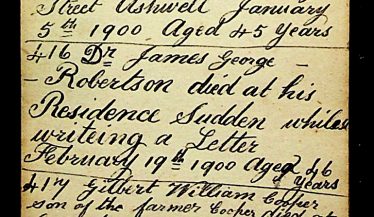 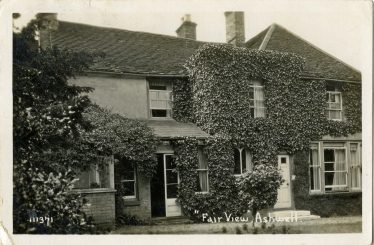 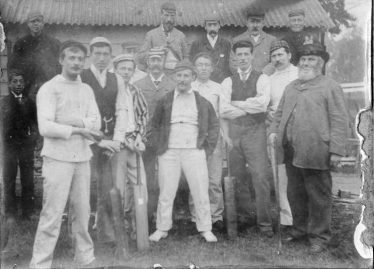 James George Robertson, MD CM was Surgeon and medical officer and public vaccinator for the Ashwell district of the Royston Union from 1894 until his sudden death on 19th February, 1900.

He was born in Banjul, The Gambia in 1854 and died in Ashwell on the 19th February 1900 and is buried in St Mary’s Churchyard, Ashwell.

He was a Scottish rugby union player. He is reputed to be the first black rugby union player in the world.  The Scottish sports historian Andy Mitchell, who researched Robertson’s life, stated: “It is intriguing that someone from an unusual background has come to the country and been accepted into society. There is virtually nothing to indicate that he suffered discrimination due to his colour. This raises the question as to whether his social class allowed them to rise above racial discrimination.”


The son of Perthshire surgeon Daniel Robertson, James Robertson was born in Bathurst – now Banjul – in The Gambia.


Dr. Daniel Robertson was to become Colonial Secretary of The Gambia. It is there he had two sons: James and John, to a local Gambian woman. Both sons were sent to Scotland for their education.


James was first sent to board at a school in Crieff. He then went to Madras College from 1866 to 1870. A gifted student he then matriculated at the University of St. Andrews. Robertson lasted a year there, but then moved to Edinburgh University to study medicine. He was at Edinburgh for 5 years.

He played as a forward for the Royal High School Former Pupils or HSFP.


Robertson graduated from Edinburgh University in 1876 and found a post in County Durham as the resident medical officer at Gateshead Dispensary. While there, he turned out for Northumberland between 1879–82. In this case, Northumberland was a local club, not the County team.  He represented Edinburgh District against Glasgow District on 6 December 1873.


Robertson purchased a medical practice in Ashwell, Hertfordshire in 1894. He became President of Ashwell Tennis Club and a member of the committee of the local cricket club.

He died suddenly at home in February 1900.

Over 300 attended his funeral, the procession included the Ancient Order of Foresters band with their banner.

Many thanks to Andy Mitchell, David Short, Lynette Wray and Fergus Moynihan for their contributions to this research.

We will be adding more to this story from an Ashwell viewpoint as research goes on. Many questions remain unanswered.

Was he the first black GP?

Why was his colour never mentioned? His funeral was followed by 200 to 300 mourners and all the local dignitaries paid him respect. Has anything changed in our attitude today?

Does this photograph of an Ashwell Cricket Team in the 1890’s show Dr Robertson and perhaps his two sons? What do you think?