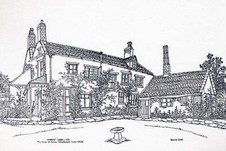 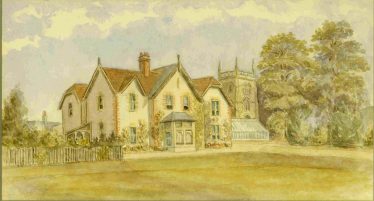 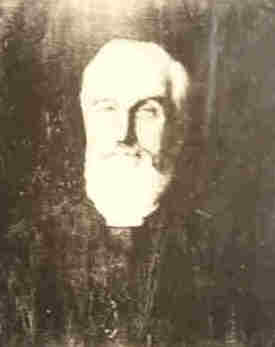 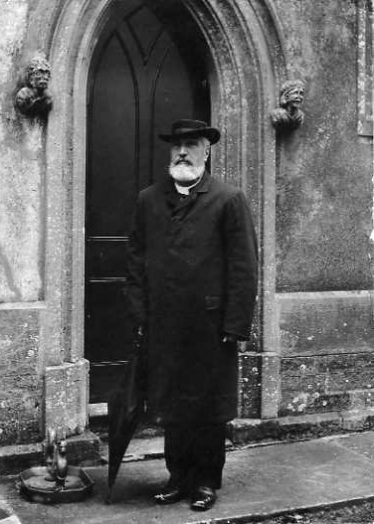 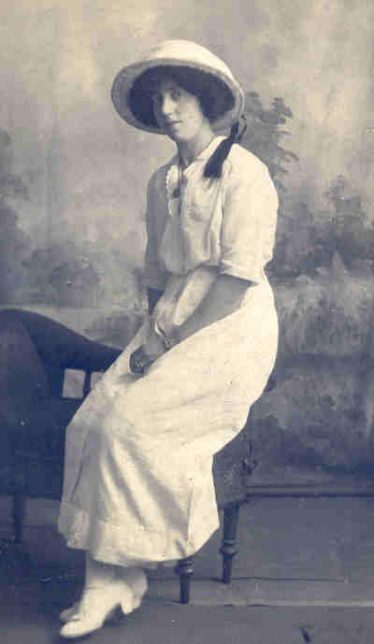 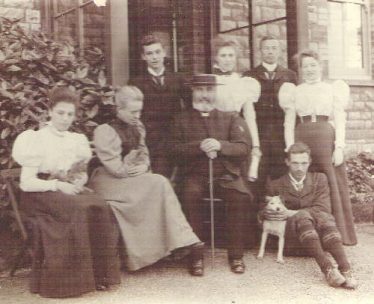 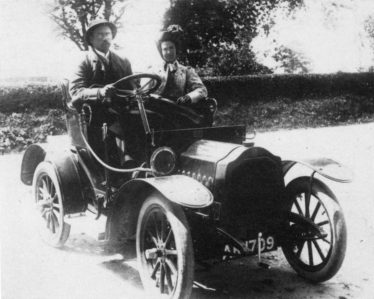 zoom
Dr Woodforde and probably his wife, the first Ashwell person to own a car c1905
Woodforde Family/Ashwell Museum 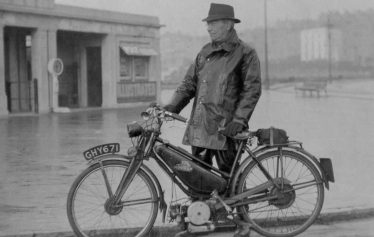 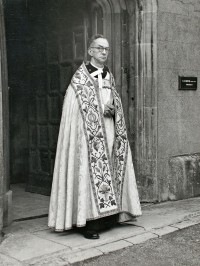 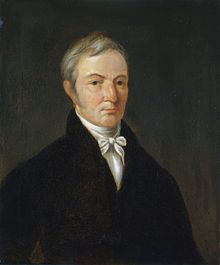 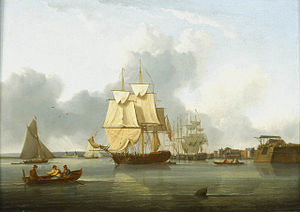 Dr Robert Edmond Heighes Woodforde came to the village in 1900 at the age of 27.

He was a qualified Physician and Surgeon M.R.C.S., L.R.C.P. (Eng.) which means he qualified under the Royal Colleges of Surgery and Medicine, probably training at a London Hospital. He was registered by the General Medical Council in 1898.

1881 Census shows Robert aged 7 living with Thomas and Jane Wails at Park Row, Castle Cary, Somerset with his siblings, Harriett, Alexander and Margaret.  Robert is listed as a scholar.  On a separate 1881 census his parents were visiting his mother’s aunts at 5 Norfolk Terrace, Brighton with their other children, Reginald had just been born.  Robert’s father is listed a curate of Coleford, Somerset.

1891 Census shows Robert living with his father and stepmother Agnes at Rodney Stoke, Wells, Somerset.  Robert is listed as a scholar.  Robert’s father is listed as Clerk in Holy Orders

1901 Census shows Robert living at Fairview, Ashwell with his wife Mary,  Florence Worboys of Steeple Morden is listed as a domestic servant.  Robert is listed as Physician and Surgeon with his own account, working at home.

1911 Census shows Robert living at The Mount (now Ashwell House) in Ashwell with his wife Mary and children John, Christopher and Alec.  Robert is listed as Medical Practitioner with his own account.  Gertrude Bryant of Steeple Morden is listed as a domestic servant.

1911 Census shows that daughter Dorothy is away at school at Granville House, Granville Road, Broadstairs, Kent.

On the marriage certificate Robert was recorded as living in Ashwell and his profession as Surgeon.

Mary was born at Golders Green/Hendon in April 1872, where her father was curate of the parish church.

Robert and Mary had five children in 14 years, one daughter and four sons:

Dr Woodforde was on call to his many patients in the village and the surrounding villages seven days a week, which often meant driving out in the pony and trap in the early hours.  He was Ashwell’s first car owner – a De Dion Bouton.  Later he went over to cars made by Henry Ford and, for short distances, used a motor cycle or bicycle.

Dr Robert Woodforde retired in 1933 having served the village and surrounding areas for 33 years.

A paragraph in the “Royston Crow” of July 1933 describes Dr Woodforde’s retirement and quotes him as saying “Dr Tindale had to deal with such dread diseases as smallpox and typhoid and on one occasion said, ‘The Mordens will kill me’.  I must confess to the same feelings at times, but I am sure he was as sad at leaving them as I am today”.

A telephone directory shows Dr Robert living at The Thrift, Winscombe, Somerset from 1938 – 1944 at least.

Mary’s  probate record states that Robert was a retired medical practitioner and that they were living at The Thrift, Winscombe, Somerset.

Dr Robert Edmond Heighes Woodforde’s family can be traced back to 1317 the first recorded ancestor was John of Woodford nr Salisbury, Wiltshire who died c1362.

His ancestors were mainly professional gentlemen, clergymen, lawyers, physicians, accountants and artists some were titled ‘Sir’ and a number were diarists.

Diary of a Country Parson

Revd James Woodforde (1740–1803) 3 x great uncle to Dr Robert Woodforde was the author of **The Diary of a Country Parson.

James Woodforde was born at the Parsonage, Ansford, Somerset on 27 June 1740. In adulthood he led an uneventful, unambitious life as a clergyman of the Church of England: a life unremarkable but for one thing — for nearly 45 years he kept a dairy recording an existence the very ordinariness of which provides a unique insight into the everyday routines and concerns of 18th century rural England.

Mary Woodforde nee Thompson Thorne was the great granddaughter of William Anderson RA who exhibited at the Royal Academy between 1780-1814, he was famous for his marine pictures.  Her grandfather George William Anderson was a landscape artist of note.

Oliver Heighes Woodforde – Solicitor to the Church Commissioners
Oliver’s granddaughter is a GP, carrying on the family tradition.

While living at Steeple Morden (c1948) Giles Woodforde, grandson of Dr Robert Woodforde, recalls he had measles. Being under the care of the Ashwell practice, Dr John Moynihan, he remembers  having  to wear sunglasses for weeks in the middle of winter!  Giles’ father, Revd Christopher Woodforde, was the Rector at St Paul and St Peter, Steeple Morden.

Giles confirms the story about the Revd James Woodforde’s Diaries being kept in the Ashwell surgery. One volume was “borrowed” and never returned – ‘has anyone found it on a shelf or in the attic if so we would love to see it?‘ The remaining Diaries are now safe in the Bodleian Library, Oxford. Beresford’s condensed version of the Diary – **The Diary of a Country Parson – is still in print as a paperback.

Giles’ father, Christopher, used to allege that he and his brothers would hide behind bushes and spray arriving patients with a garden hose – ‘can anyone corroborate this story?’

Villagers remember the waiting room at Ashwell House being so small they had to wait outside in all weathers and that sitting in the waiting room they could hear all that was being discussed in the surgery.

Charles Haylock who was born 28 February 1900 is believed to be the first Ashwell baby to be delivered by Dr Robert Woodforde.

Dolly Andrews remembers Dr Woodforde attending her brother at their home in Kingsland Terrace, he had measles. Dolly was told there was to be no school for her and sure enough she went down with the measles the next day.

If you have any memories of the Woodforde Family or medical experiences during their time, please let us know so that they can be added.