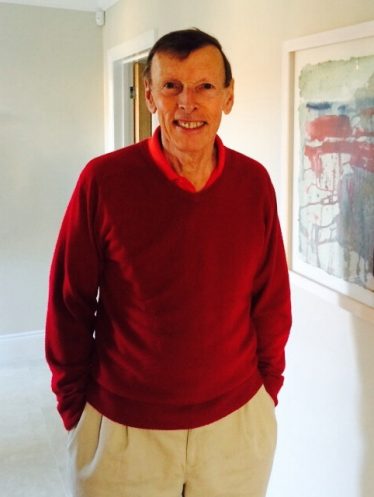 Patrick John Kenneth Webber “Paddy” was born in London on 17 March 1945 and christened in St Martin-in- the-Fields Church. He boarded at prep and public school from the age of six then joined the RAF gaining his commission and navigator wing, Flying Canberra bombers at RAF Akrotiri in Cyprus, where he met Nikki. Paddy and Nikki were married at Stanmore in March 1968.

Later the family moved down the road to West End Cottage which Paddy renovated and built the extension. After enjoying many happy years as Ashwellians they outgrew the cottage, moving to the manse on Roe Green, Sandon in 1981 which they renovated.  Paddy was a long standing member of the Midlife Crisis Car Club;  he was also a member of the team which organised the 1976 Ashwell Village Appraisal.

After being awarded Fellowship of the Royal Institute of Navigation for services to international navigation, leaving Ryanair and spending several years with Nikki as aviation consultants travelling all over Europe, they retired and very happily moved back to Ashwell in 2014. Sadly Paddy then spent two years battling cancer with great courage but from which he died on 21st May 2017.