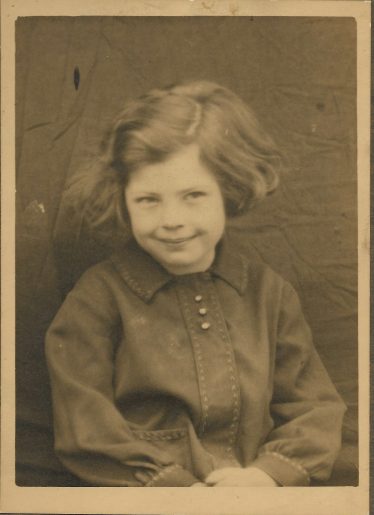 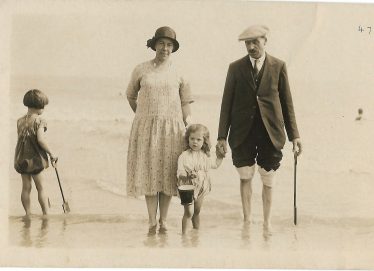 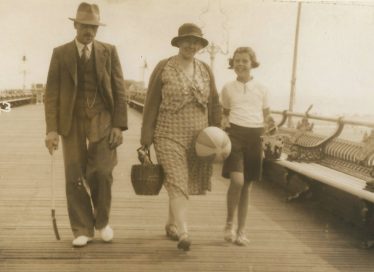 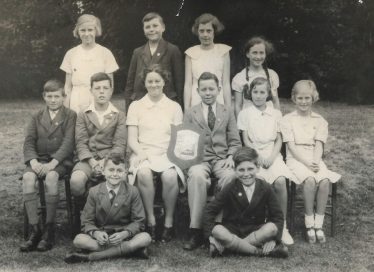 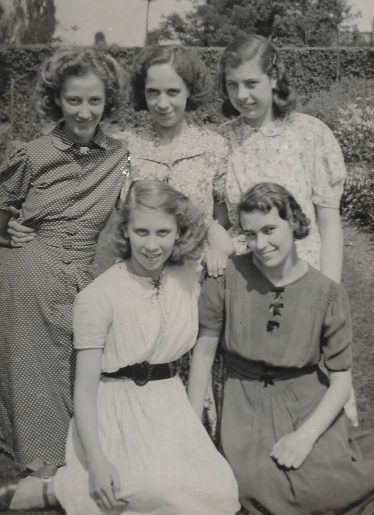 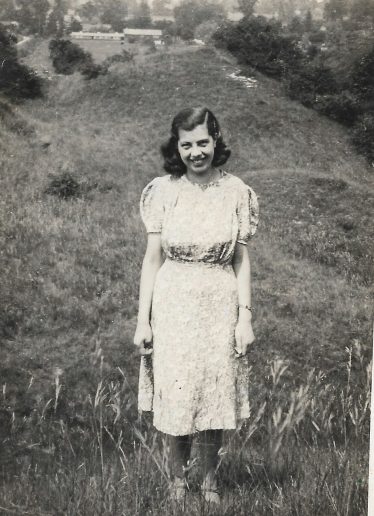 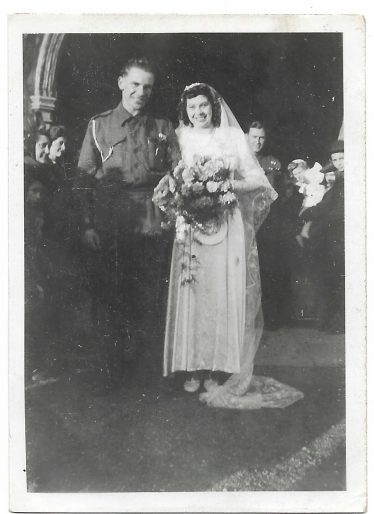 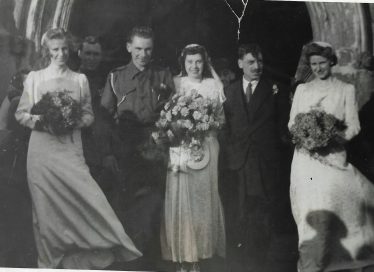 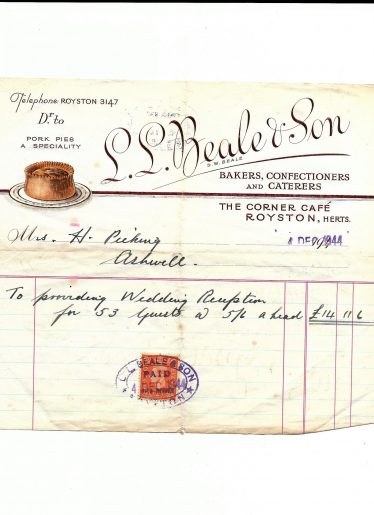 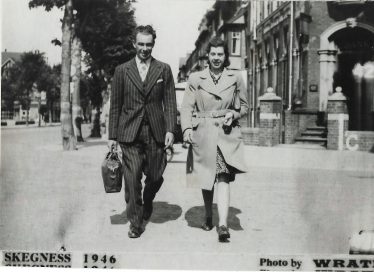 Eleanor was born on the 30 November 1924 in Cinque Cottage, Ashwell. She had a younger brother, Geoffrey Picking.

When Elanor left school at fourteen she worked the first three years at the  Spirella factory, Letchworth, then at Fordhams brewery, Ashwell.

During the war, Eleanor did fire watching duty on a Sunday afternoon. She met her husband to be, Ron Purchase, whilst walking on the Morden road in 1944. Ron was a member of the   Royal Artillery, working with searchlights. Eleanor and Ron were married at St Mary’s Church Ashwell on 2
December 1944, during Ron’s 48 hour leave. They lived with Eleanor’s parents at Mount Pleasant, now Lucas Lane.

In 1947, Eleanor and Ron moved into 65 Willian Road. Eleanor worked as a chamber maid at Letchworth Golf Club until Margaret was born. Paul followed in due course. When Paul started school, Eleanor returned to work, first at the International Stores in Bucklersbury,  then at Tesco on the checkout until 1983.

Eleanor’s funeral service was held on Friday 29 September 2017 at Ashwell United Reformed Church, which she attended for many years with her friend Margaret Revells;  Eleanor is buried with her husband Ron in Ashwell cemetery.

‘Eleanor was a loving caring person and I feel I have lost a large slice of my life now she has gone. We never disagreed; she was the kind of friend and neighbour one was so pleased to have known.’