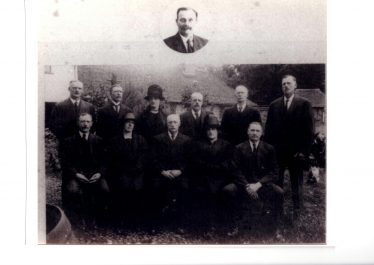 George Henry Haylock was born 1867 in Ashwell, he was baptised at St Mary’s Ashwell on 12 May 1867.  His parents were Joseph Haylock (Maltster) and Emily Austin who lived in Mill Street.  He attended Merchant Taylors School.

George had 11 brothers and 4 sisters:

George was a farm labourer until he moved to Islington, London where he worked as a Railway Engineer’s Labourer.

George died 1935 at West Ham, London and is buried in Ashwell Cemetery