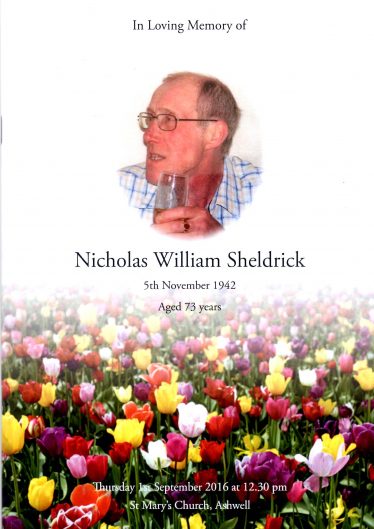 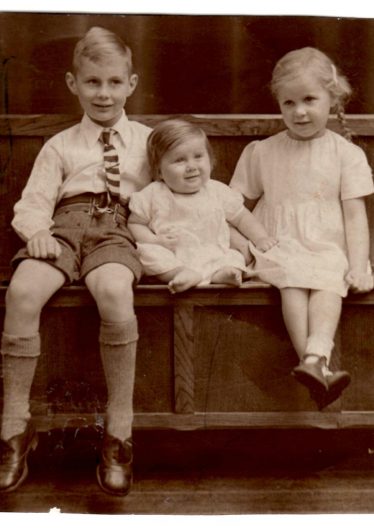 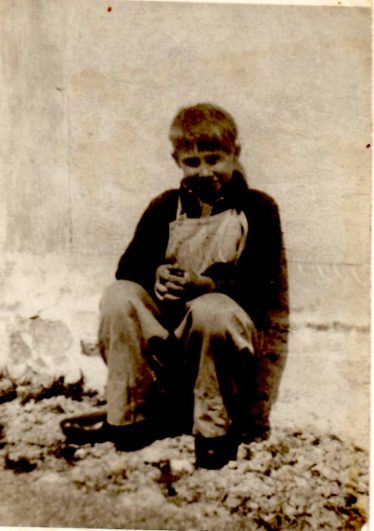 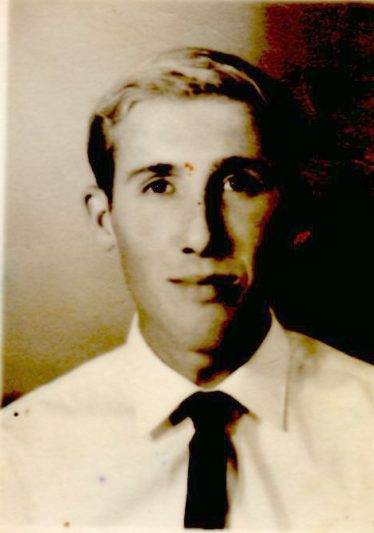 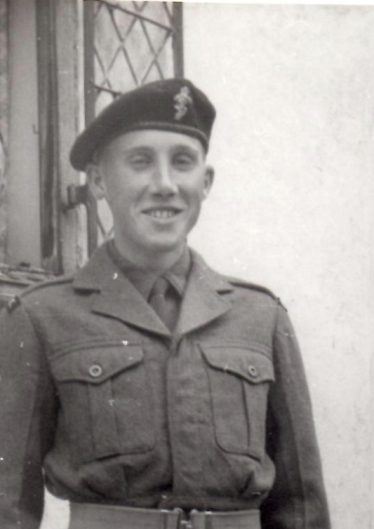 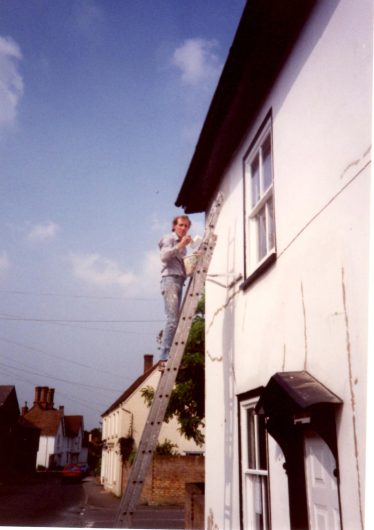 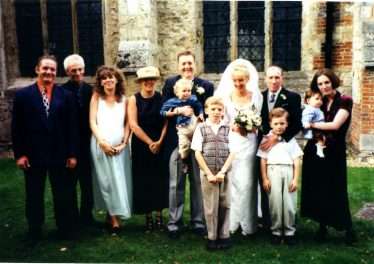 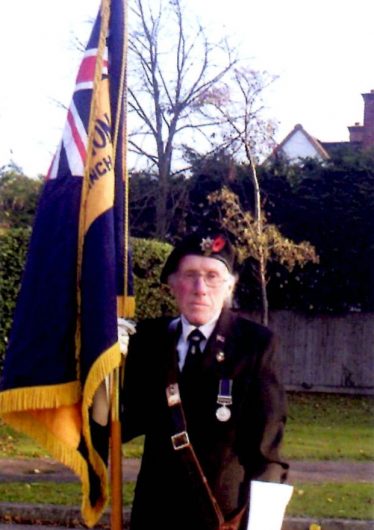 Nick was born on the 5th November 1942 to parents Agnes and Sidney Sheldrick at a cottage in Mill Street.  He was the youngest of three children, a sister Diana 4 years older and a brother Robert (who still lives in the same cottage) was 7 years older.

Nick attended Ashwell Primary School moving on to a Royston school where he won a painting competition which was organized by the Daily Mail paper, who issued the competition to all schools.  His painting was chosen and his prize was a painting holiday in the Lake District;  afterwards  his painting was exhibited in London.

Nick loved dancing and after leaving school he and his mates attended dances at St Georges Hall, Biggleswade on a Saturday night, popping into his cousin’s house that lived nearby for a coffee before the dance.

When Nick turned 18 years he joined the Army signing up for 6 years, serving in Germany and Aden;  he enjoyed his time in Germany returning for subsequent holidays.

After he left the Army he worked for North Sea Gas travelling all over the country, he then worked for D Meredew Limited, furniture manufacturers,  Letchworth,  as a lorry driver;  once again travelling around which he enjoyed.

Nick also went to Rumania where he visited different orphanages helping out where he could;  he came home with many sad stories of his experiences there.

Nick met Ann marrying at St Mary’s Church Ashwell, they moved to Stevenage where they lived with their 4 daughters.

Nick loved watching the first series of Poldark on TV and whatever the family were doing they had to be home in time to watch it.

Later they bought a house on High Street, West End, Ashwell where they lived as a family until sadly Ann died in her early 30’s;  Nick was left to bring up his 4 girls (with the help of his Mum).  Michelle 11, Alicia 7, Sally 6 and Nicola 3 years old.

To enable him to look after his family he worked locally sweeping chimneys, painting and decorating, painting quite a few houses in Ashwell.

Nick was a member of the Ashwell Royal British Legion, proudly being their Standard Bearer for a while.  He was also a keen member of the Steeple Morden Bowls Club, both of which he enjoyed until he became too poorly to attend.

He was a regular visitor to the Rose and Crown with his brother Robert, it was lunch on Monday, Friday and Sunday and evening drinks on Wednesday and Saturday – his favourite Rose & Crown meal was spaghetti and meat balls which the pub presented on a dish taking pride of place on the table at his wake.

The last years of his life he lived at Wolverley House, where he enjoyed Bingo twice a week and chatting to his neighbours until he became too poorly.

Nick died on the 5th August 2016 at the Lister Hospital, Stevenage;  he is survived by his 4 daughters, 9 grandchildren, his brother and sister.