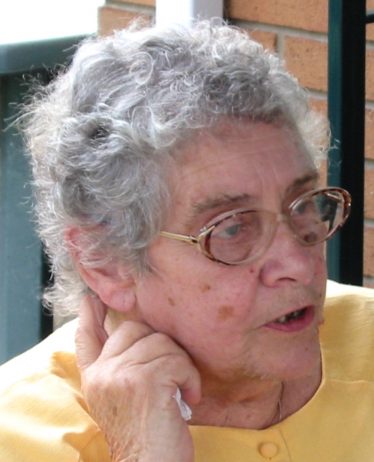 Sheila was born in Ashwell on 17 November 1929, daughter of Ernest and Jessie Picking, sister to Anthony.

When Sheila left school she went to work in the office at Fordham’s Brewery, Ashwell where she stayed for 22 years.

Sheila loved dancing and met Peter when they both attended the dancing lessons held in the village hall. They became dance partners and this led to romance with Peter and Sheila getting married on 13 May  1961 at Ashwell Methodist Church on the High Street.

Amy spent nearly every weekend with Sheila and Peter from the age of four, remembering how they used to go and meet Peter when he had finished work at Crumps the local butchers.  Indeed Sheila thought the world of all the grandchildren and then the great grandchildren.  She baked cakes every Saturday morning and loved playing games and dominoes with them.

Sunday mornings they attended Ashwell United Reformed Church where Sheila was a member, followed by a Sunday lunch – Peter of course dealt with the meat and she did everything else. She thought the world of Peter and all the family.

They enjoyed days out and holidays to Hemsby Broad which they visited every year – one year nearly all the family went together a very special memory, Sheila loved having all the children together and  kept a record of their special sayings which she treasured.

Sheila suffered ill health for many years but was always positive, sadly on 25 November 2017 Sheila died in the Lister Hospital.  Her funeral was held on 14 December at Ashwell United Reformed Church.  Sadly Peter died February 2018, their ashes were scattered together on a Bryant family grave in the churchyard on 16 June 2018.