It was built, originally as two cottages, on the site of Brassknocker Farm, which had been destroyed in the Great Fire of Ashwell in 1850.

Miss Nellie Bryant, a seamstress, lived here and had a bay window fitted to the right hand side of the building, where she could be seen working.

Barclay’s Bank rented the front room on the left hand side on Thursday mornings so that local employers could collect wages for their workers.

In 1939 Bert Gurney opened the Post Office in the left hand front room of the building, when Nellie Christy gave up the Post Office, which had been on the site adjacent to Bear Lane/The Rose and Crown.  Previously the Post Office had also occupied the site which is now the village store (VG).

In the early 1950s Mr and Mrs Moore opened up the right hand side as ‘The Singing Kettle’ café.

A 1939 picture of the Searles’ shop, now part of 21 High Street.  On the corner had been Anderson’s, later Bonness’ Boot and Shoe shop, and then Collis’s General shop. 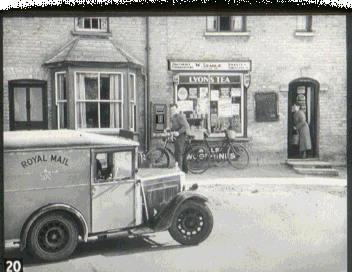 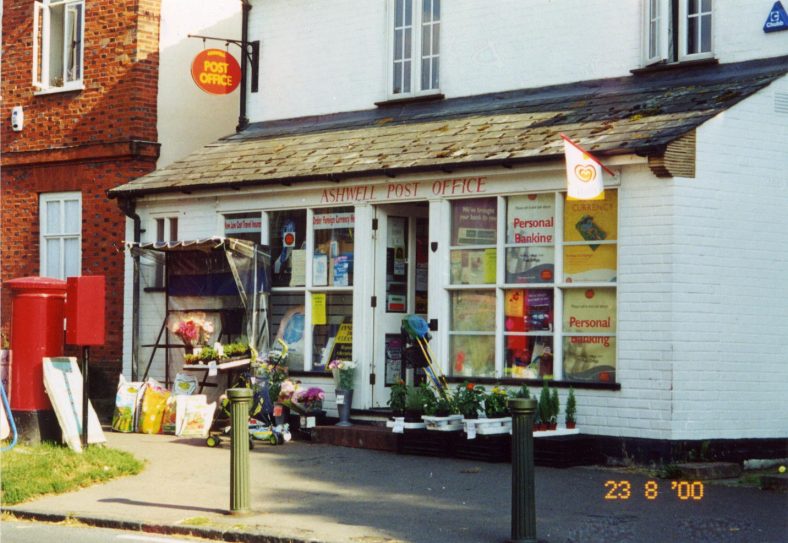