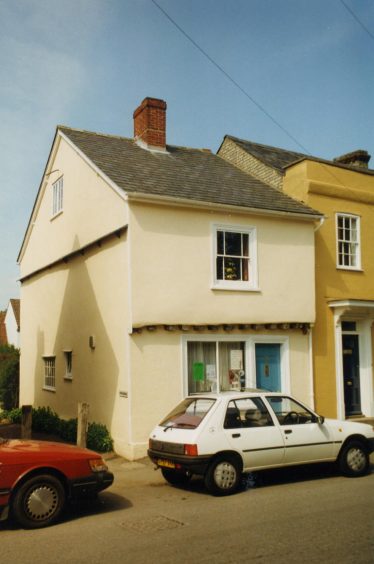 Far too many people have lived and worked here to be mentioned individually.

For the past sixty-two years the shop has seen continuous hairdressing taking place.  Alice Anderson rescued the derelict building in 1948 and retired in 1974, when Susan Birch took over.  Susan is now in her thirty-sixth year of hairdressing here.

Going back further, Edward Hallybone, radio engineer, looked after the village wirelesses here from 1937 to 1948.

In 1917 a mention is made of a Free Rent of 6d. when the property was occupied by one of the Mr Pickings, carpenter.

Day’s the Bakers, The Westrope Farmers and the Greyhound public house next door (also known as The Stag) have all owned the property.

In July 1823 it was insured as double hazardous – premium five shillings (25p), with three shillings (15p) duty, as being ‘Thatched buildings with chimneys’.

Further back still, in 1745, it was once again owned by an Ashwell baker, William Bingley by name.

Chippings is one of the oldest buildings in Ashwell and appears to have been built as commercial premises, being without any means of heating for its first hundred years, and used for trading on the edge of the site of the medieval market (or cheap).

The place now has a wonderful sense of having been used to the full.  It is certainly now a shop where a great deal of talking is continually going on and I like to think it has known centuries of likewise fascinating conversations and life.  I have loved every second of being part of the life of the place and it probably has a unique place in the heritage of the village – a dwelling where there has always been Work in Progress.