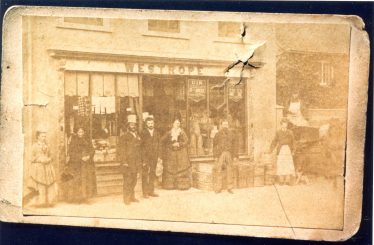 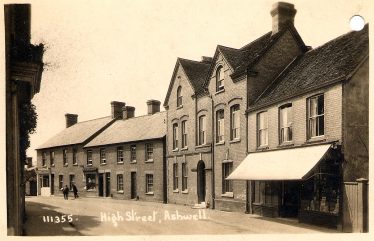 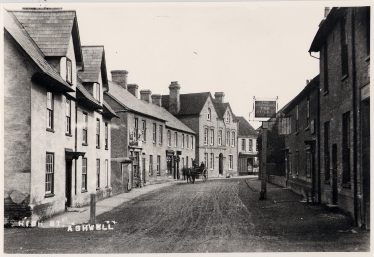 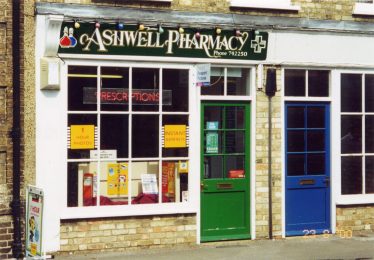 In 1854 Thomas William Westrope married Catherine Russel in Shoreditch. By 1864 he had already moved to Ashwell and opened a grocers shop. Richard V E westrope was born in 1864 and worked in his fathers shop. In 1892 he married Martha Victoria Hall of Steeple Morden. In 1895 Charles Hall Westrope was born.
The 1901 census shows us that Thomas William had retired and Richard V E was running the shop which was a grocers and drapers.He had the shop refurbished in 1902, including a new shop front. The work was carried out by the local builders,Baileys. Thomas  William died in 1910 at the young age of 46.

By 1928 Charles H was running the grocery side of the business with his mother responsible for the drapery. By 1939 they were trading as C H Westrope selling groceries, provisions and wines, and also drapery, outfitting, boots and shoes, hardware, china, glass and garden supplies. Gin was sold then at 2/-a bottle.
In January 1948 Charles Westrope died unexpectedly.

Over the next years there were changes of management and ownership, but with the advent of supermarkets the shopkeepers found it difficult to compete, so in the early 1980’s a letter was sent to customers notifying them of the closure of the shop.
The shop was drastically redeveloped into two shops, the left side being a new chemists and the right side a greengrocers.The chemist business is still flourishing, but the greengrocers closed in the late 1990’s and was replaced by Country Properties who moved a few doors up from number 32, High Street.