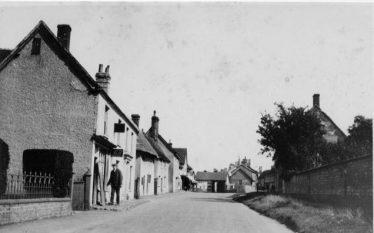 zoom
Bill Trudgill outside the shop. Note the two thatched cottages in what is now the entrance to Bacons Yard. 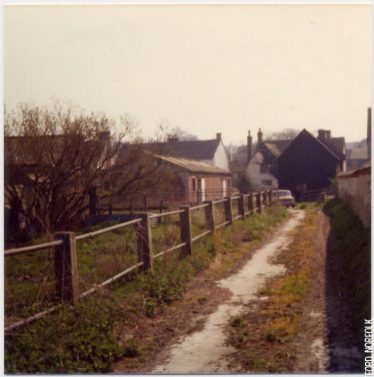 zoom
The ropewalk behind the Saddlery, 1970s, shortly before it became part of Bacons Yard. 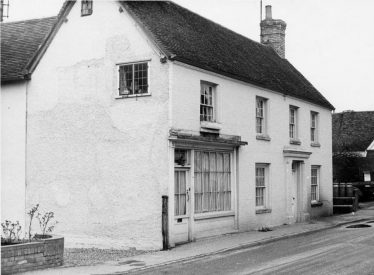 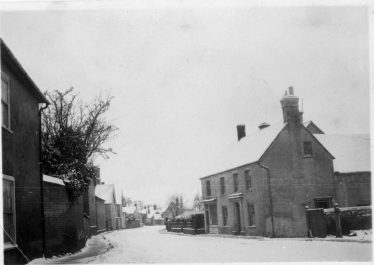 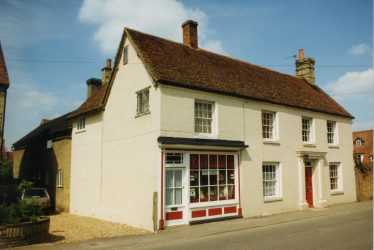 The Saddlery was built in approximately 1750.

A saddlery was run here by the Bacon family for over a hundred years.  They made and sold horse tack, tarpaulins and rope here.  Some of the items made here are on display in the Museum, along with some of the rope-making equipment.

Later this was also the first place in Ashwell to sell petrol.

The ropewalk can be seen at the rear of the property, above the stable, now (2005) used as the Osteopathic surgery.

The Saddlery, along with Bacon’s House next door, was sold to Mrs Fordham of Ashwell Bury in 1895 and it subsequently became part of the Bacons Yard model dairy.

Since the relocation of the dairy on the outskirts of the village, the house has been: a doctor’s surgery, a photography studio and, most recently, the Osteopathic clinic.