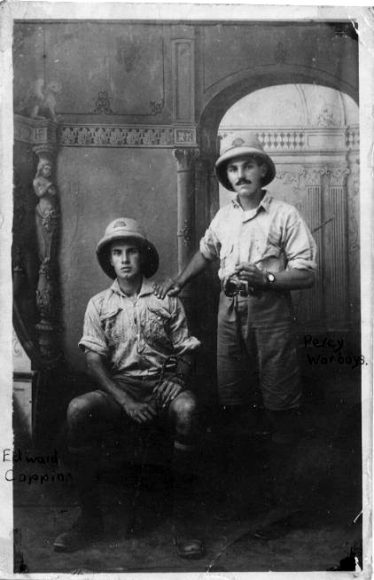 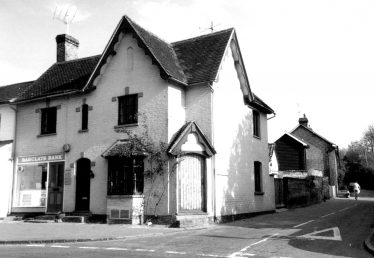 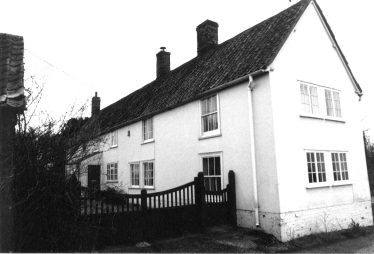 The Royston Crow said that at a special recruitment drive 11 men applied to enlist and most were taken but the Ashwell Roll of Honour records there was a total of 17 volunteers accepted during November 1915.

The death was announced of 2nd Lieutenant Frederick Anns, youngest son of Mr & Mrs Thomas Anns of the Redlands, Ashwell. The paper goes on to say he was educated at the City of London School and went to Madras 1908. When war broke out he enlisted in the Public Schools Battalion of Middlesex Regt.

At some stage during the war he must have been transferred to the 4th Battalion of the Bedfordshire Regiment, which was attached to the 2nd Battalion 21st Brigade 7th Division.   The battalion was mobilised on 7th October 1914 and sent to the front, via Zeebrugge, engaging in various actions. Frederick was killed in action in France on 6th November 1915.

He is commemorated on the Guards Cemetery, Windy Corner, Cuinchy, France, and the Ashwell War Memorial. On the St Mary’s Church Ashwell Roll of Honour he is not listed until December 1915. I think this stems from the fact that his association with the village was that his parents were living at Redlands and this was what qualified him for inclusion with those remembered.

The control of alcohol consumption had been a great public concern for many years before the war and there had been calls for the control of opening hours and restricting the number of licenced premises. The legislation already in force and the extra powers given to government by the the Defence of the Realm Act meant that there was less opposition to the proposals.

In Ashwell this meant that in November 1915 the licensing authorities closed  five public houses. Under the scheme both the landlord and the brewers were compensated on a scale which took into account the amount of beer sold and the length of time the publican had held the license. All in all it must have made quite a change to Ashwell life.

The New Found Out was in Bennetts Cottage, Common Lane. It was a beerhouse tenanted by Daniel Smith and owned by Messrs Phillips, brewers, Royston. They claimed compensation of £129 which was reduced to £116. Phillips received £91 and the tenant £24.

The Australian Cow, beerhouse, stood on the corner of High Street and Kingsland Way. It was owned by Messrs Fordham and occupied by Ellis Anderson. The claim of £322-3-6d was reduced to £230 and agreed between the parties.  The brewer received £200 and the tenant only £30, although he had been in the house for 22 years.

The Two Brewers, beerhouse, on the corner of High Street and Alms Lane was slightly more complicated as it had a tenant Alfred Edward Moule, but the property was leased by Messrs J R Page & Co, brewers, Ashwell and owned by Misses Clarke, Caldicote, Cambs. They asked for £492-16s in compensation for closure but £350-10s was agreed in court. The owners received £224-10s, the brewers £102, and the tenant £25.

The Chaff Cutters, beerhouse, in Silver Street had a similar set up. The licensee was David Baulk, the lessees Messrs J R Page & Co, and the owner was Mr E W Matthews of Royston. They claimed £300 but agreed to £225-8s.  The owner received £153, the brewer £47 and the tenant who had been there 11 years £25.

The Bull’s Head in the High Street was fully licensed and not just a beerhouse. It had a much longer pedigree than the others as it is first mentioned in 1667. It was occupied by Arthur Westerman and belonged to Messrs Phillips, Royston, who claimed £447 but accepted £423, the brewers receiving £381 and the tenant £42.

Tucked away in the announcements was the death of Sarah Ann Burgess, 71. A Jumble Sale for Congregational Church raised £10-6s and the Ashwell Literary Society           had its first lecture of the season.

Finally at the Royston Petty Sessions the Ashwell RDC prosecuted Mrs J Grierson Foster, of Aston, Lancashire over the state of two houses in Ashwell Street Way, occupied by Herbert George Westerman and Samuel Bullen. The houses had defective leaking roofs and wet walls as there was no damp course however there being no official person such as a clerk present the case was adjourned.