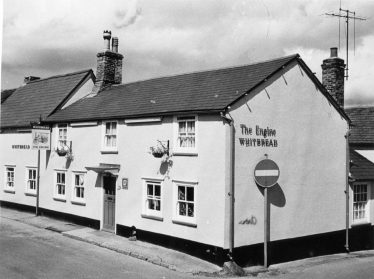 zoom
The Engine, Back Street

The village was continuing its supportive roll for the war effort. Mrs Page of Westbury House sent 2 parcels of garments for soldiers to the Herts Red Cross, and received a letter of thanks from Lady Salisbury.

On the other hand the dearth of working men was becoming a serious problem and several farmers were lobbying the school to allow boys over the age of 12 to be released from school duties to help with tasks on the farm. The attendance officer called and informed the school that the Education department had issued instructions that this would be possible if it were ‘proved to be necessary in the interest of agriculture’. To this effect a list of such eligible boys had to be drawn up.

Eric Hyder and Albert Covington, two Old Boys from the school dropped in to say their ‘Good-Byes’ before returning to their camp and then their posting at the front.

At the Petty Sessions  William R Bonfield was charged with being drunk and Walter Albert Rand, landlord of The Engine, was charged with supplying him liquor. Bonfield was fined 5s with 5s costs. Rand, who in mitigation pleaded he had12 years without complaint, was fined 20s and costs. He was told that his licence would be renewed this time but was given a stern warning to be careful in the future.

A bad bout of influenza was seriously affecting the running of several clubs and more significantly school numbers were so low that it was ordered to close for 2 weeks. However the indomitable Literary Society had a lecture from Mr Reginald Hine on ‘War and National Character’. Mr Hine was to become a well-read local author and historian. At that time I think his parents were running the farm in Newnham but he was living at Ashwell End in ‘Beresfords’.  And despite the influenza the Sunday School still had a Prize Giving celebration.

The death, after long and painful illness, of Mr Arthur Evans was announced. Although not resident in Ashwell he had come back to the village to be looked after in his parents’ house and had died there. In Royston he had held licence of the Bushel & Strike Inn and then more recently the Railway Tavern. He leaves widow and 2 sons.