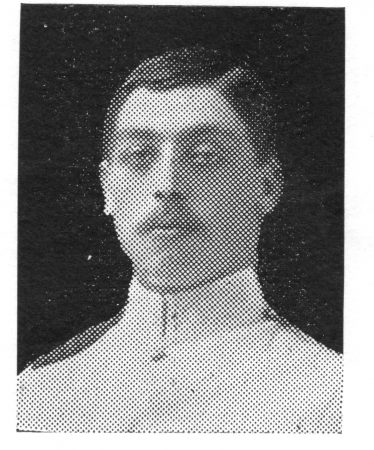 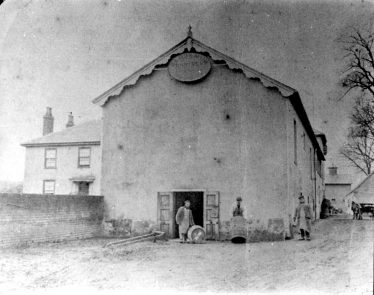 The sale of Pages Brewery came back into the news with more details of the several freehold properties relating to their sizable estate now put up for sale by treaty. Amongst the offerings were:  a Residence called ‘Westbury House’ with Brewery, maltings and outbuildings, a block of cottages opposite, adjoining the High Road, 2 cottages in the centre of the village, an orchard and double tenement in all about 3 acres 3 rods 0 perches. Allotment ground adjoining the High Road to Newnham comprising 1a 1r 19p and Accommodation, pasture with double tenement and orchard suitable for poultry farm of 1a 3r 15p.

Mr S Parkhouse who had been a representative of the firm for over 38 years had gained a new position with Messrs Paine & Co, St Neots. He would cover for Herts, Cambs & Beds for them but still live in Ashwell and moreover Mrs Parkhouse would still be an active member of the W.I.

On the football pitch the seniors played (and beat 4-1) Mr W Searles XI. This must have been a team formed by Byron Searle’s father William. All the other results were for the junior team. They drew 2-2 with GNR King’s Cross on Easter Monday. Beat Letchworth Boys 3-0 and Pirton 2-0 but lost at home to Ickleford 2-0.

The Cricket Club had a whist drive as its last social event of the winter followed closely by the first match of the season against Steeple Morden on the Rec. I do not have the result.

The wedding was celebrated at Saint Mary’s of Mr Harold Picking and Fanny, sixth and youngest daughter of Mr Page Mayes. Harold had been a regular before the war in India and the near East before being captured in Turkey. He survived and lived in Ashwell until 1964.

Another Gunner who was not so lucky was Herbert Charles Adkin. He was 19 and had only just joined up when he contracted meningitis was moved to the Cambridge Hospital Aldershot but died there. He was the only son of Mr & Mrs James Adkins. There was another sudden death of a tragically young person. Miss Ethel Victoria Brown, aged 21, died from septic pneumonia after only 6 days illness. She was a valued member of the Wesleyan Church Choir. The last death reported this month was of Mr Henry Holloway, 60, following long illness. in later years he was a decorator but had been a former licensee of the Bull’s Head and also a Special Constable.

It being the start of the financial year many organisations held their required formal business meetings. The Nursing Association and the Tennis Club held their AGMs. The Church announced that Mr Anderson would replace Mr Christy as churchwarden. On the County Council Mr Wolverley Fordham’s place would be taken by Mr Harry John Fordham, of The Park, Therfield. Mrs Moss was to have the vacant tenancy at the Moss Cottage Homes

At the annual Parish Meeting there was a motion of sympathy for Mrs Wolverley Fordham.

About £42 in Consols (a type of investment bond) were to be cashed in to pay for a fence on the eastern end of the Recreation Ground.

As with Parish Councils today a lengthy discussion on planning new houses caused much excitement. This concerned the postponement of the proposed cheap housing in Station Road (they were eventually built). A demand was made for the rent to be within the means of the poorest ex-serviceman. However at a meeting later in the month, after the election of a new Parish Council, they were informed by the Rural District Council that Ashwell would have to wait until those already built in Barley, Barkway and Reed were let. At the same meeting it was decided that the work on the Rec Fence would have to wait until after the War Memorial was erected.

And finally we ought to mention the W.I. which in typical kaleidoscopic fashion had a serious address by Lady Pollock on the League of Nations and a cake icing demonstration.