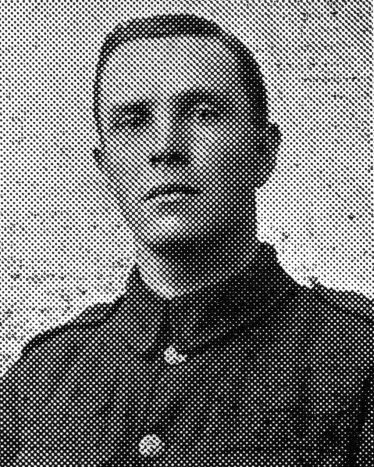 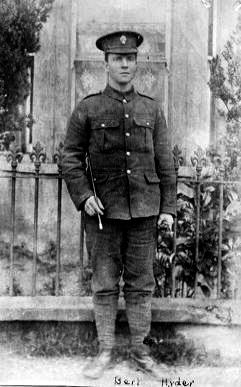 There was little happening that was reported at home. Ashwell was chosen as the venue of the Royston Congregational Sunday Schools Union meeting when the schools and many officers came from all over the district. At the Parish Council Meeting a message of sympathy was given to Mrs Thorne who had lost her husband last month. Mr W A Moss resigned and was replaced by Mr F T Christy. The purchase and preparation of a new burial ground at the Baldwin’s Corner site was proceeding according to plan.

Returning to matters of the war Mr J P Goble had now returned to France as a volunteer in the ‘Huts’ that offered relaxation and refreshment just behind the lines. But there was no relief for three Ashwell families as the long running battle of the Somme was taking its toll.

An article appeared on Private George Bryant who was killed at Beaucourt on the 13th November 1916 giving details of his life and service. We wrote about this in the November 2016 Village news but, along with all the other articles can be found on our ashwellmuseum.org.uk website.

Albert had been living in Canada and returned to England in November 1913.  He was one of the first to enlist when war broke out taking up Mr E Snow Fordham’s offer of 20s (£1) for each recruit leaving for the front although he generously donated the money to the Red Cross On 29th August 1914 he joined the West Canadian Rough Riders (Manitoba) and was posted to France where he was attached to the 7th Battalion Royal Fusiliers.  He was wounded in action and died of his wounds at a Casualty Clearing Station on 23 February 1917.  The newspaper says ‘He was a fearless and brave soldier, cheerfully enduring the many hardships which have become part of the life of our brave boys’. He was promoted to the rank of Sergeant the day before he died.

Albert was born on 21st June 1885, the third son of Mr Thomas Silver Hyder and Mrs Cressida (nee Bonfield) Hyder of Kingsland Hill (Lime Kiln Hill), Ashwell. He was a painter before he went to Canada in about 1907 returning in November 1913. He married Ida Emma Hornby in Horsham in the 5th May 1915 and they had a daughter, Doris Wilma, who was born on 6th March 1916.

Albert’s brother Tom who was also with the Royal Fusiliers (City of London Regiment), was killed in action on 13th May 1915.  His brother Eric served with the Hertfordshire and Leicestershire Regiments and survived the war.

Staff Sergeant Montague S Austin, aged 24, was wounded and died on 16th March 1917 whilst in the line outside Guillemont, Somme, France.

He was the third son of Charles and Emma Austin of Forester’s Cottages in the High Street and was a stable hand in domestic service before enlisting with the King’s Royal Rifle Corps.

He is commemorated at Grove Town Cemetery, Meaulte, France with the inscription “Peace perfect Peace EA” and on the St Mary’s Church Ashwell Roll of Honour and the Ashwell War Memorial.