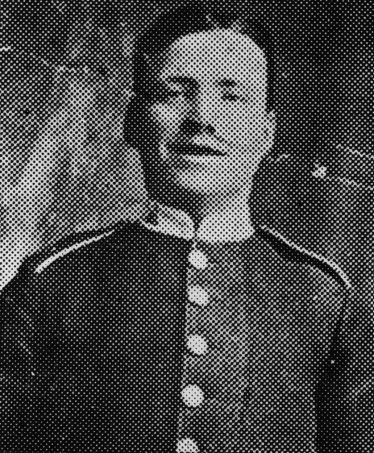 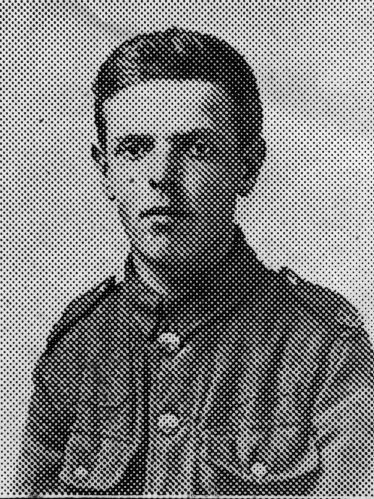 The school re-opened after the long Harvest Vacation and the Congregational was the last church to have its Harvest Festival. All the other churches had theirs in the September.  This was the only news in October unconnected with the war and even then the flowers and eggs from the children’s gifts for were given to Ashwell Soldiers Hospital, although the fruit and veg went to Miss Sharman’s Orphan Home in London.

A long list of contributions to the Ashwell Auxiliary Soldiers Hospital was printed. Newnham and Baldock churches gave money but all sorts of produce came from many other donors.

A military concert was organised by the Vice-President and Commandant of the Ashwell & District Red Cross at the Merchant Taylors School. A ‘Concert Party’ I think performed by members of the Royal Engineers, stationed locally, came and gave an evening of humorous entertainment which raised £8.60.

The news from the war this month was very saddening. Albert Kirchin, 24, of Ashwell died from wounds on the 27th September, only 3 hours after being shot in the stomach. He was the son of Mr & Mrs Arthur Kirchin and the 14th old boy of the Merchant Taylors School to be killed. There was a special service of commemoration in the church. He is buried at the Heilly Station Cemetery, Mericourt L’Abbe, France and commemorated and the Ashwell Village War Memorial.

In a later edition of the newspaper Lance Corporal Kirchin was remembered by his friend Sergeant Keates. He wrote to Mr and Mrs Kirchin praising Albert, and stating Battalion pride on his Military Medal, which was a first for them.

From his military record we learn that Albert Kirchin was promoted to Lance Corporal in June 1916. Perhaps this had something to do with the award of the Military Medal for ‘Gallantry and devotion to duty under fire’ on the 2nd June 1916. Conferment of the medal was announced in the London Gazette and Albert Arthur Kirchin earned the right to add the letters M.M. to his name. Unfortunately, the museum does not possess a photograph of him.

On the 2nd October Private George Westerman, 20, was wounded in the arm and leg by an explosion of a shell in trenches. He had only been in France about a month. He was now recovering at a Military Hospital in Torquay but later he would be sent to a Convalescent Home and then to Catterick, Yorkshire. He was the son of Mr & Mrs H G Westerman of Limekiln Lane. A picture taken directly from the newspaper shows ‘George’ but another, which I think is the same person, comes from the Merchant Taylors School album shows ‘Bertie Westerman’ wearing a cap. Was Bertie the name he was known as at school?

Private Thomas Gentle, 24, son of Mr & Mrs J Gentle, High Street, was wounded on 27th July with shrapnel through shoulder and was now in Newcastle Hospital where he was going on well. In a letter he says ‘I stopped a piece of shell or rather tried to, but it was a bit too strong and went right through’. Private Gentle enlisted in the Special Reserve before the outbreak of war and was called up on mobilisation. He was sent to France in May, 1915. His brother, Arthur, was killed in action on the 11th July, 1916.

And finally something that seems rather trivial but obviously meant a lot to those who were at home and trying to retain a normal existence. Following the curtailment of the postal service during the war due to lack of staff Mr H W Bowman made representation to the Post Master General and was successful in gaining a re-instatement of a second despatch of letters from the Post Office on weekdays at 10.30 am.