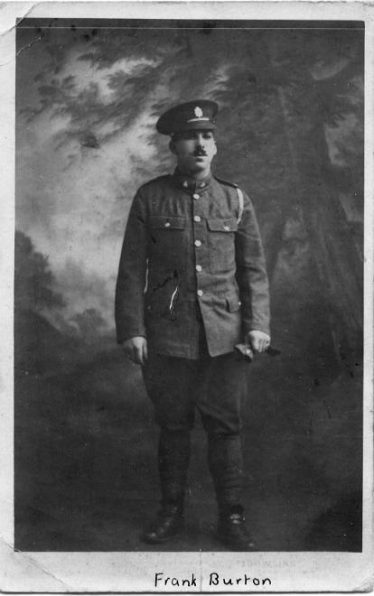 Frank enlisted in March 1915. He served with the 5th Horse Transport Company of the Army Service Corps on the Western Front, France and Flanders

He survived the War but it is not known when he died.

Frank was awarded the British War Medal and the Victory Medal.

Frank was born in Ashwell, Hertfordshire in1898 the third son of John Worboys Burton and Margaret Jane (nee Humphreys) Burton.  He was a pupil at the Merchant Taylors School in Ashwell.

The 1911 census shows him, a butcher, living in Bedford with the Wykes family.

It is not known if Frank married nor if he had children.

All three of Frank’s brothers saw active service in the War and all survived.