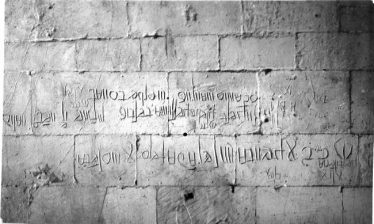 zoom
Plague Graffiti in the Church 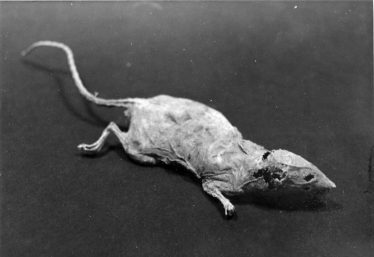 The Plague, also known as The Black Death, named after the black blisters and swellings on the victims’ skin, swept across Europe before arriving in England in 1348.

Hertfordshire seems to have been particularly badly affected and the disease caused fear and panic in Ashwell, as everywhere.  There are no records of the names or numbers of the victims who died here but it is believed that at least a third, perhaps as many as half the inhabitants of the village may have perished.

The victims were buried hurriedly and together in a huge pit next to Mill Street (on your left as you walk from the lych gate to the Church door).  This area of the churchyard has been left unused and undisturbed over the centuries since then, either in fear of unearthing the dreadful disease again, or out of respect for those who died.

Go right into the Church to see where, on the inside, North-facing wall of the tower, some  haunting inscriptions were carved, recording the effect of the plague:

and one in verse:

One Thousand Three Hundred Five Tens terrible, fierce, violent, the plague has gone away, leaving alive as witnesses the most unfortunate people.

If you go to Ashwell Museum you can see the mummified remains of a black rat, carrier of the fleas which bore the terrible Black Death.