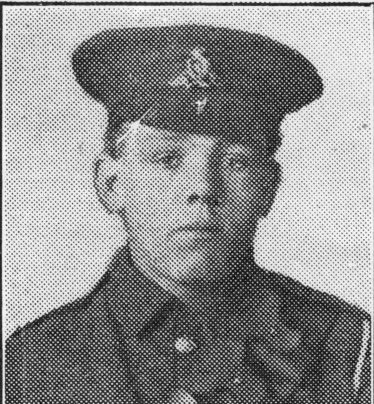 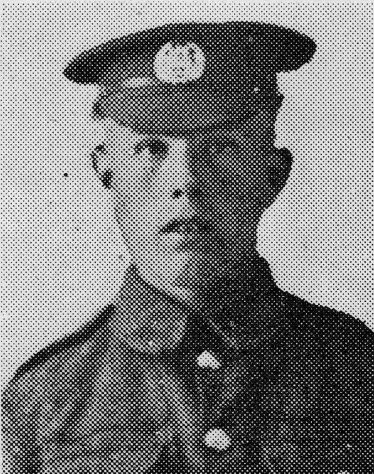 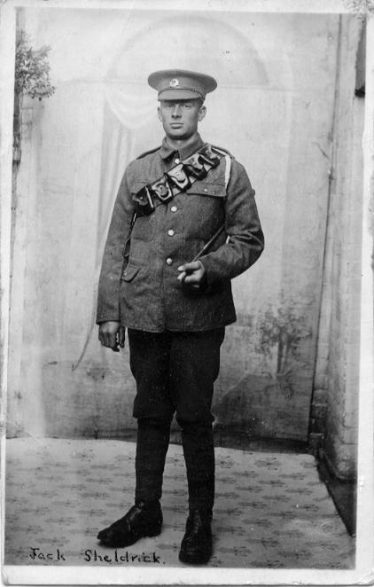 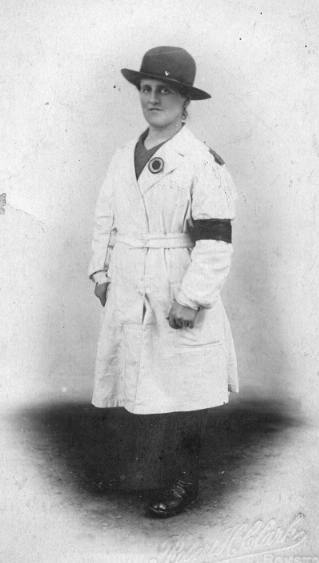 The sale was announced of freehold premises, with a frontage of about 15’ to the High Street. It was described as a Stud, plaster and slated cottage with 2 bedrooms, outbuildings and carpenter’s shop with a side entrance to Alms Lane. For many years it had been in the possession of Mr Herbert Picking at a rental of £10 per annum. The Pickings were an old Ashwell family and had run a carpenter’s business for several generations from these premises – so much so that the lane was often called Pickings Lane. I think the property described must be Sue Birch’s Hairdressers shop.

Perhaps as a consequence of the War and the lack of male labour on the farms a Women’s Farm competition was held in the district to encourage skills development.  The Ashwell winners were Belinda Anderson, Winifred B Tyrrell, and Alice Butt. The picture shows Alice Butt in her Women’s Land Army Uniform.

Meanwhile the war was grinding on with this month being a particularly bad one with reports of four casualties including three fatalities.

In June Private Leonard Auburn was gassed and also sustained other injuries for which he was returned to England. You may remember in the reports for July and August 1916 how he was twice buried by shell attacks but somehow survived. He lived on until 1960.

Gunner H Collins, 21, was killed when German shells fell among their guns in August 1917.  We do not know his first name but he served in the Royal Field Artillery and was the youngest son of Mr and Mrs H J Collins of Chalkmans Knoll, Ashwell. One of the Officers of his Battery writing to Mrs Collins says of him ‘He was one of the gunners of my section and I especially chose him because I saw in him a man who was never afraid of work and always willing to do anything that had to be done and capable, moreover, of doing it well.’  Mr and Mrs Collins elder son, William, was back home having been rendered permanently blind by shrapnel in June 1915. There are no ‘Collins’ family members on the War Memorial or Roll of Honour.

Private John ‘Jack’ Sheldrick, 26, was hit by a shell with a group of 12 others and died of his wounds on the 19th August 1917.  His parents, John and Martha of West End, had already lost another son Bertie in the war, and his brother Percy Sheldrick was seriously wounded a few months ago and still in hospital.  John was a farm labourer before he enlisted at Hitchin on 17th June 1916 serving with the South Wales Borderers. He is buried in Bard Cottage Cemetery, Ypres, and commemorated on the St Mary’s Church Ashwell Roll of Honour and the Ashwell War Memorial.

Mrs Revels was informed of the death of her son Private James Revels, aged 19.  James was the youngest of the six sons of James and Emma Revels who lived in Pickings Lane, which as we have seen from the sale particulars announced at the start of the article was an alternative name for Alms Lane. He joined the army in February 1917 and after training sent to France, where he had only been about six weeks when he met his death on the 7th August. Two of his brothers are also serving one in France and one in Egypt.