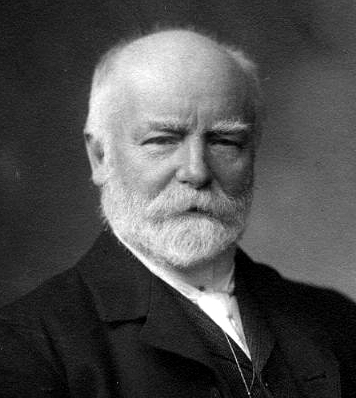 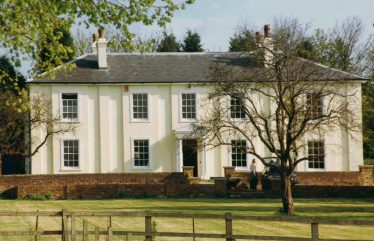 The sale was announced by order of the Executors of the late Mr William Bacon, who died in June, of his Ashwell residence ‘Prospect House’, comprising 4 beds etc and outbuildings, a large kitchen, garden and a 6 acre paddock of old pasture between the village and the station. Bacon lived most of his life in the house at the entry to Bacon’s Yard but sold it to the Fordhams in 1895. According to another source he died at home at the ‘Red House’ which is in Silver Street but it is not big enough to match the sale particulars. After some research I have found that Prospect House was renamed Townsend House, Lucas Lane after 1940 and the paddock is the field surrounding it. The sale which took place at the Bull Hotel, Royston it was bought by Mr Smith from Stevenage for £1,275.

The death of Miss Agnes Wood at the age of 70 also causes a little confusion. The newspaper says she was housekeeper to Mr Sainsbury at Ashwell End. She had been working at Baldock for 48 years and in the employ of the late Mr John Dear for 35 years. A local written source tells us she was housekeeper for the late Daniel Smith of Common Lane and died at that residence (probably the house now known as Bennetts) Whatever the truth is seems she was a loyal and trusty servant who was well looked after by her employers.

Two other deaths are recorded in the month. Mrs Martha Chapman, 73, of Station Road died at Cambridge and was interred in the Congregational Churchyard. Mrs George Bryant, aged 79, died ‘up Kingsland Terrace’

The cricket season came to an end with the successful Ashwell team playing and beating a team from the rest of the League. The football season kicked off with a 3-1 victory over Ewarts in the First Round of the Herts Benevolent Shield.

The Herts Archaeological Society came to Ashwell on a coach trip looking at churches. They had tea at the Three Tuns before the returning to Luton. The only other jollification noted for the month was music and dancing lead by the Syncopaters Jazz Band of Letchworth at the Bushel and Strike Assembly Rooms.