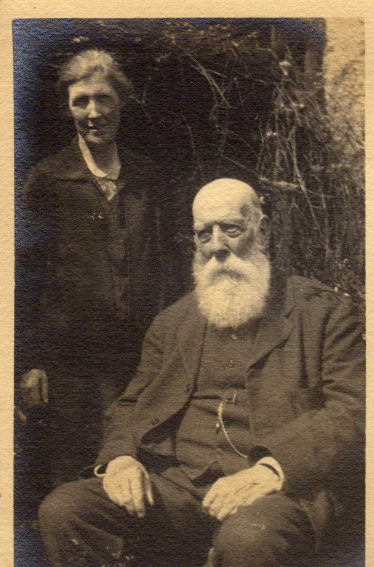 On a Sunday evening in February 1922 St Mary’s Church was pleased to have the Bishop of Exeter, Lord William Cecil, preach the sermon.

There were three special events at the Bushel & Strike. A ‘Popular Dance’ and a Smoking Concert by members of Hitchin Symphonie Society were the entertainments. However more seriously there was a meeting of the Ashwell Accidental Aid Friendly Society where 10 members were paid out 10 shillings (50p) each. The members annual contribution was 12 shillings or 5p per month.

At the Parish Council Meeting in February Mr Bray retired as Clerk, Assistant Overseer, Burial Ground and Registration Officer and in the next meeting they appointed Mr E Day as Assistant Overseer, Mr William Odell to be Caretaker of the Cemetery and War Memorial.

Mr Harris was granted permission for his Fun Fair to set up on the Rec for the Annual Feast. A tradition that has carried on to today although he now usual comes in May for Ashwell at Home. For the Moss Cottage Homes Mr S Parkhouse was re-elected Chairman.

In news from far away the Wolverhampton Election was contested by Mr AG Walkden (Lab), the son of Ashwell’s Mr Charles Walkden.  Sir Robert Bird (Cons) defeated him by a margin of 3,000 votes.

The football club had a reasonably good month, despite poor weather conditions, with teams operating in three leagues. The Juniors beat Walkern 4-2 on Mr Sale’s meadow. In the North Herts League Div II N. Herts League they drew with Pirton away but beat them 5-0 at home. In Div III the team drew with St Ippolyts and Little Wymondley.

In the churches at St Mary’s the Bishop of St Albans presided over a Confirmation & Consecration service and the Congregational Church held an organ recital to raise funds.

The wedding was held of Mr Arthur Goss and Miss Peniel Warboys, 3rd daughter of Mr Joseph Warboys. Bridegroom was an employee of Messrs Fordham’s Ltd, the Ashwell brewers.

The funeral took place of Mrs Jessie Wylie, 82. She was a native of Perthshire, but has long been a resident in Ashwell. She had come from Scotland with her husband and family to run Bear Farm on the High Street.

The first W.I. meeting covered had a talk on “How our thoughts affect our lives” followed by a dancing display by the Guides. In the next there was a lecture on ‘Spring Cleaning Hints’, the competition was best use of an orange box and there were songs and monologues for entertainment.

For us perhaps the most amusing event of the month was the antics of the Choral Society. The Members set off with high hopes in two charabancs to compete in the Bedford Eisteddfod only to find they were a week too early! When they went the correct following week they managed to win 2nd and 3rd prizes.