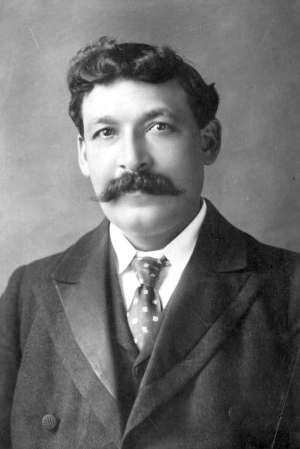 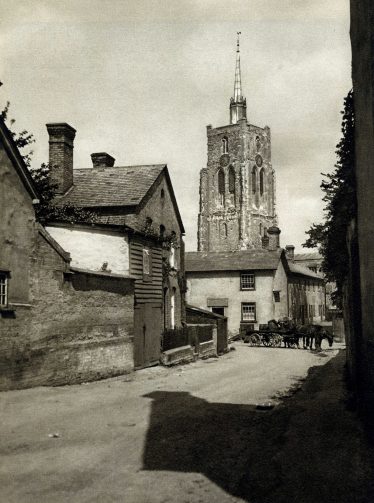 There was ‘A Sad Case’ with a heart-warming response concerning Mr George Edwardes. I have yet to work out the full story. He had worked for Mr Page at the Brewery but had been an invalid for many years.  It seems both his son and daughter were sent to Addenbrooke’s but for what reason I know not. This caused the family great hardship but the practical sympathy of their neighbours Mrs Albone & Mrs Auburn, who collected over £24, helped them through hard times.

On the 5th May Mr Frederick William Ablett died from a long-standing disease at ‘Fairview’, now Springhead House, High Street. He was only 47 and had been working as secretary to the brewers, Messrs EK & H Fordham Ltd. He leaves a widow and young children.

A happy event was the wedding of Mr Ernest Martin, licensee of the Six Bells, and Miss Lizzie Clements, only daughter of Mr Mark Clements. The bridegroom served with the 9th Lancers in the war and was a former member of the Ashwell Snowdrop Minstrels, an amateur entertainment group that was highly active with charity work. The Six Bells was on the corner of Swan Street and Church Path.

A busy month was played out on the cricket field with a mixed bag of results. Ashwell beat Steeple Morden but were beaten away at St Ippolyts, and then at home by Pixmore (2nd XI). The Ashwell 2nd XI lost to Baldock Juniors.

On the third Thursday of the month the Congregational Church (now the URC) was host to the famous evangelist preacher Gipsy Smith followed by tea. He had a worldwide reputation as a charismatic preacher but perhaps came to Ashwell because it was near his parents grave in St Nicholas Church, Norton.

A Model Dairy, erected for Bluegates Farm on the instruction of Mrs WA Fordham, was to be open for public inspection prior to use. The Dairy was built by the local builders firm Messrs F J Bailey & Co just off the High Street on the site of Bacons Yard. It was in use until 1969 when the new modern dairy was built taking the smells and lorries away from the village centre.

The Merchant Taylors School was blessed with its annual visit from the Master and Wardens of the company. There was the usual distribution of a new shilling (5p) for each boy and the reward of 2/6d (12 ½ p) for the 55 pupils who had attained 90% attendance.