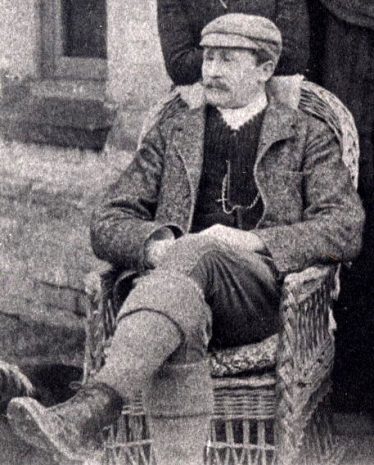 zoom
Wolverley Fordham in the 1880s

The Will of the late Mr WA Fordham was made public. His estate value was £71,015. His riding horses were left to his brother Rupert and the residue to his wife for life. Then there was provision for the ultimate residue to go to his brother and two sisters.

The report of last month’s W.I. meeting came in late. They were treated to a lecture on hygiene and there was a majority decision for an outing to Bedford. For June they met in the Bury grounds and had a talk on roses followed by country dancing on lawn.  Another event at the Bury was an Open-Air whist drive to raise funds for the Children’s sports day. It seems a strange thing to have outdoors. Let us hope the weather did not spoil the occasion.

June was a busy and successful month on the sports field. It started with a win over Steeple Morden at tennis then a string of convincing wins at cricket over Standon, St Saviours Hitchin, Bygrave, and Biggleswade. On the last Saturday Ashwell drew a friendly match, followed by tea, against a team chosen from the workers of Messrs FJ Bailey & Co, the local builders firm.

Mr Bailey was also active in the Sale Room. The results of the ‘Important property sale’ of Pages Brewery that had been advertised for several months were published. Lot 3, the Brewery House, brewery, buildings etc, that latter became the Village Hall were purchased by him for £1,825.

Two deaths occurred that both seem to have been quite tragic involving young men leaving a family behind. Mr Arthur Brown, 43, of Kingsland Terrace, died at home following a severe internal operation at Addenbrooke’s. He had been in charge of the water and sewage works in Ashwell.  Mr Ralph Bailey, 35, died at Arlesey Asylum. He had been in poor health for some time. In his younger days he was a great sportsman. He studied at the London Polytechnic, became a draughtsman employed by Messrs Allen of Bedford, and worked on the Clyde where he received a work-related injury.

The Plans for the War Memorial were developing very quickly. The chosen architect, Sir Edward Lutyens, had submitted plans and it was hoped the work would be started soon.