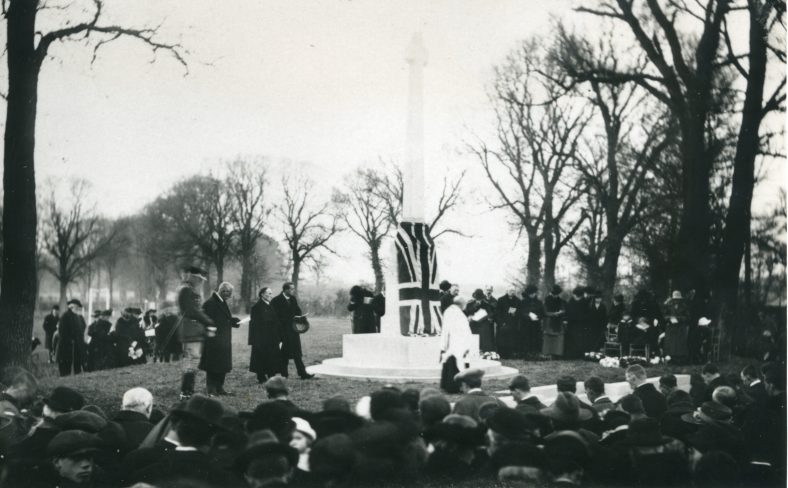 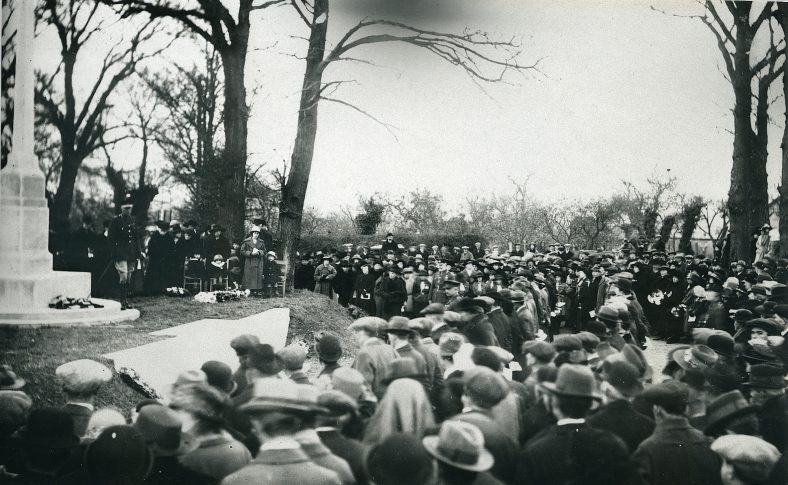 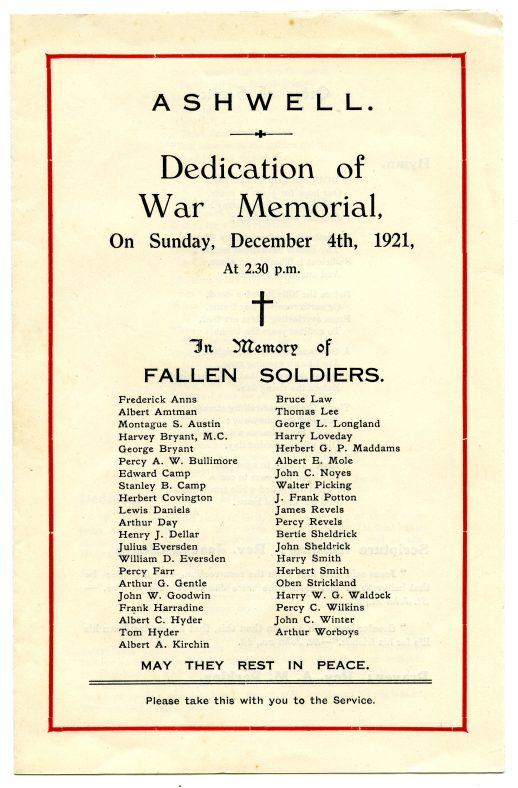 The main topic this month was of course the unveiling of the War Memorial on the 4th but this had surprisingly few column inches in the Crow so most of this account comes from the notes of Albert Sheldrick.

The church choir set off from the church in a solemn procession to the memorial service. A large body of people, the great and good from Ashwell and the surrounding counties, were already assembled at the memorial. There was the Right Hon. Viscount Hampden, K.C.B., C.M.G., who was to give the address, the Rector, the Rev. S.W.P. Webb, who was to dedicate the memorial and, last to arrive, Sir Herbert George Fordham, Kt., High Sheriff of Cambridge and Huntingdon, J.P. for Cambridge and Huntingdon, Deputy Lieutenant for Cambridge and Huntingdon and chairman of Cambridge County Council.
As the church clock struck half past two, Sir Herbert arrived, resplendent in his
plumed hat, Deputy Lieutenant’s uniform, sword clanking at his side. He had ridden
down from his Odsey estate on his favourite steed, his Sunbeam bicycle.

Mr Hugh Pammenter was seriously hurt in a fall while working at the gravel pits of the local builder, Messrs FJ Bailey & Co. He was now recovering at home. Hugh had a colourful army career serving in the Boer War and in World War l. Although he as then considered too old to go to the front and was assigned ‘Garrison Duties’ in this country. He survived the fall and died in Ashwell during 1937.

The only football match reported, against Letchworth Legion, was abandoned due to fog.

We have no copies of papers after 16th December until the 10th February, 1922. I am sure Ashwellians were enjoying the festive season but how they did it will have to remain a mystery.