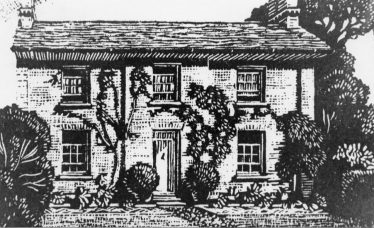 zoom
The Grange
Woodcut by B M Christy 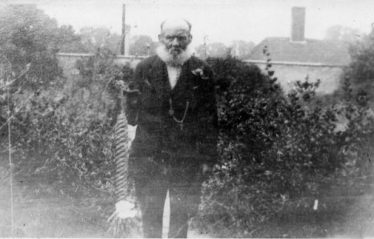 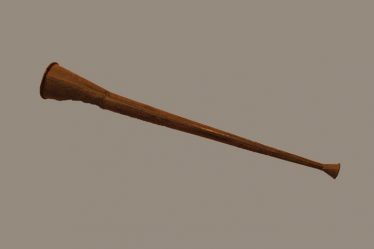 The month was marked by celebrating the gathering of another Harvest. Harvest Festival Services were held at St Mary’s and the Congregational Churches. Mr W A Fordham entertained 30 or more at Redlands Grange for the farm harvest or hockey supper. The Fordhams were still living at The Grange in Gardeners Lane while the Bury was being converted back from being a hospital. The Hockey would have been for the workers of Bluegates and Ducklake farms which he owned. The tradition of hockeys had been slowly lapsing throughout the 19th century as the men demanded more payment in cash rather than food and beer.

H W Bowman writing about 100 years ago says:’ The Hockeys of old Ashwell are well in the recollection of most of the old people of the place. When the last load was generally but partly filled the cart enables the folk from the field to ride home with a big green tree bough. Many were the cheers from cart and villager which one might take a congratulatory nature that harvest was consummated. A hockey supper followed given by the farmer.’ He also says ‘as far back as memory goes a small quantity of the ears of the straw where formed into a device, the straw was plaited and hung up in many homes.’ We still have some of these straw plaits in the museum collection.

The Literary Society had a meeting to plan the sessions for the season and then kicked off later with the Rev A M Perkins giving a lecture on ‘The History of Bagdad’.

Keeping up with the football results Ashwell played Walkern winning 1-0 were beaten 6-1 at Baldock, and played Letchworth Boys Club twice, a 3-3draw was followed by a 2-1 win.

However in the game against Walkern Mr S Winter of The Horse & Groom Public House, The Thrift, Baldock Road, broke a leg and was recovering in Royston Hospital. The following Tuesday two of his horses won 1st Prizes at Gransden Show. A benefit match for Mr S Winter against Henlow was scratched at the last minute.

Sir George Fordham of Odsey was reappointed as representative on Agriculture of the Cambridgeshire CC to the University Board.

PC Megaughey of Royston, was passing Ashwell Station one night at 3.30am when he spotted a fire near the Station Master’s house. He roused the family and they doused fire, which was in coal shed made of railway sleepers, with water from nearby tank.

The WI were still going from strength to strength but they had to postpone a meeting scheduled for the Bury Gardens and move it to the Merchant Taylors School due to weather. They were entertained by the Letchworth Folk Dancers and had a lecture on ‘Making simple clothes for young children’.

The death was announced of Louisa May Pickett on the 25th October aged only 34 years after a long and painful illness. The funeral was at the Congregational Church with internment at the new Cemetery.