‘100 Years Ago’ is back with a bang this month – or perhaps more an everyday story of country folk. The events reported for February 1920 are more or less a list of all the things that make up village life with little interference from the outside world. There was a wedding, a funeral, an accident, football matches, whist drives and not to mention the WI.

The Ashwell Senior Football Team played a friendly match with Newnham winning 4-1.  The Juniors played a league match that was not so friendly. After several stoppages and with one player sent off they lost 3-0 to the Letchworth firm, Kryn & Lahy. The seniors, in their next match, behaved better but lost to Letchworth 5-2 in the Herts League. In between these matches the Football Club managed to hold a Whist Drive at the Merchant Taylors school which raised £3.40 towards their expenses.

The Ashwell Literary Society was in full swing with the 8th lecture by Rev Perkins. ‘The story of Constantinople’, following the previous week’s ‘The Turks in Europe’.

The funeral was held of Mrs Smith who died after long illness. She was buried in the cemetery, which was still very new, with many flowers from her Wesleyan friends. I am sorry I don’t have more details of her life.

The Ex-Servicemen’s Association meeting at the Three Tuns only attracted a small attendance but the Officers resigned to make way for new elections and a Soldiers’ Dinner was planned for Easter Monday.

In contrast a Meet of the Hounds at The Fox, Station Road, at 11am on Monday 16th February attracted a large following.

Mr A Badcock, in the employ of J Bailey, the Ashwell builders, was fixing roof on a house in the High Street, when the ladder he was on fell to the ground.  He was taken home and attended to by Nurse Reading and Dr Woodforde but fortunately no bones were broken.

Harriet S Gentle, known as Dot, was married to Ernest Slater of Earby, Yorks. The newspaper helpfully tells us that she was the second daughter of Mrs Gentle of Ashwell but gives no further information.

And finally the Women’s Institute had a demonstration by Miss Christy of Essex W.I. on repairing boots. She demonstrated on a shoe, removing the old sole and replacing it with one cut from leather. This seems a task that few would take on but the importance of repairing and mending can be judged by the fact that there were at least three cobblers working in Ashwell a hundred years ago. The meeting ended on a jolly note with music and refreshments. 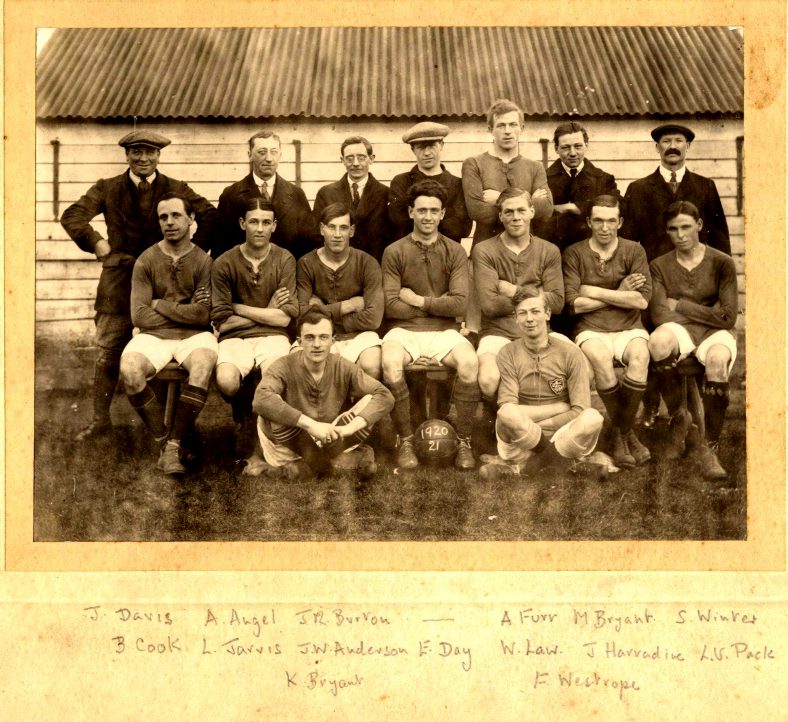