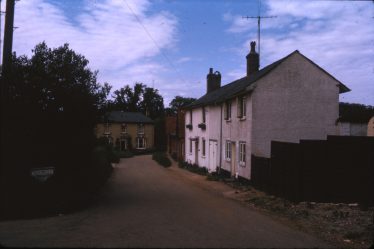 The Ashwell Nursing Association held its 22nd Annual Meeting. This was an important association in the days before the NHS as it gave access to health care for much of the local population in return for a regular subscription. At the meeting the funds were declared in good order with a balance of £7.20. It was also announced that Midwifery fees would be raised from 10s to 15s for subscribers and from 15s to 25s for non-subscribers. The salary of Nurse Reading, employed by the association, was raised to £131 inclusive for the year.

The football season was still in full flow. Ashwell played Codicote and although Ashwell won 3-2 the play was spoilt by high wind. Later in the month the Junior and Senior teams played evening fixtures against their main rivals, Kryn & Lahy (Letchworth), Codicote and Whitwell but lost them all. Meanwhile Ashwell Cricket Club had been accepted into the North Herts League ready for the new season.

There were two fund raising events in April. The proceeds from a Whist Drive at the Merchant Taylors School went to the Children’s Fund. A successful concert was given by Mr Dan Hall & his Company at the Congregational Church Schoolroom. I presume this is the place we now call the URC Hall.

In a previous report concerning The Welcome Home Dinner for all those who had returned from the War the newspaper had inadvertently omitted the names of two important contributors to the success of the evening – The table decorations had been created by Mrs Page and Miss Cooper.

The monthly Women’s Institute meeting started with a vote of sympathy for their treasurer, Mrs Kingsley, on the loss of her mother. The talk this month was a talk by the Rev A M Perkins on his talks to soldiers during the war and the entertainment was a sketch by members.

At St Mary’s Church Vestry Meeting the current churchwardens, Messrs Christy and Sale were re-elected to continue in office.

There was an advert for a forthcoming auction of a freehold house and buildings. The property was described as being brick and slated, with a small garden, and an enclosed yard. The entrance from was from Hodwell Street and was now in the occupation of Mr J W Pack at a rent of £20 p.a. – Those were the days!