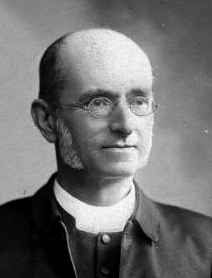 Discussion about an appropriate War Memorial was still very much in the minds of villagers but nothing was decided on immediately. The Vicar wanted a mortuary chapel on the new burial ground. This was not to happen then. The present recently refurbished one, designed by Sir Albert Richardson, was built in the 1930s. A more popular choice was the creation of a village hall that would serve not only as a memorial but also be of practical help to those that had returned from the war and indeed be an asset to the village in years to come.

That ‘Normal’ life was being re-established in the village with the return of the men was signalled by the resurrection of the Ashwell Cricket Club. At a meeting in the Bushel & Strike clubroom an annual subscription of 3s (15p) per member was agreed. Things got going pretty quickly as a match was played on the 30th May against a Dunton side which Ashwell actually won.

The Ashwell & District Nursing Association had their 21st AGM. The Association was founded in 1897 to commemorate the Diamond Jubilee of Queen Victoria and continued until the 1940s when the NHS duplicated many of its duties and offered a broader spectrum of services. The association was run by a committee and the funds to support a full-time nurse came from subscriptions which spread the cost of medical care. Mrs Fordham of the Bury was of course very much part of it as chair for many years. A dusty parcel of documents and records relating to the association containing a vast amount of information about the health of the village was recently found in the Bury. They were passed on to the museum but would welcome annotation and investigation. Nurse Moss was the first parish nurse, succeeded in 1917 by Nurse Redding. The nurse was responsible for school visits when she weighed and measured the children and, of course, checked their heads for lice. She also worked in conjunction with Dr R E H Woodforde throughout his large area in all cases of illness. The exception was midwifery of which he was not very fond, here nurse had full control though he was ready to act if complications set in.

The AGM detailed the nurses’ visits and other expenses during the year. The Association expressed thanks to the Bury VAD Convalescent Hospital for the surplus equipment and money donated after it was closed.

The death was announced of Mr Samuel Radford, harness maker, at the age of 71. Samuel was born in 1848 and moved to Ashwell in the 1870s after his marriage. Without perhaps looking through the Nursing Association records we cannot tell the cause of his death. His granddaughter Mary who lived at West End for many years is still remembered by many villagers.