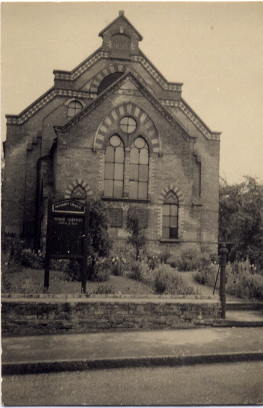 Another thin month for news but the lack of bulk could be explained by this cry from the editorial staff who wrote ‘Our news correspondent for Ashwell (Mr W A Bray) was unable to continue due to pressure of other work’ and a replacement was needed. Mr Bray worked at that time for Baileys the long-standing Ashwell building firm. Mr Bray and his brother took over the firm when Mr Bailey retired in the 1930’s.

Following the piece about the sale of land in Northfield in last month’s article. The Charity Commission advised that although the annual rental was nominally £32.50 it produced only £18 after tithes and other expenses. The £600 produced by the sale when invested would produce £30 per annum for the poor.

As the war was not so much on everybody’s minds letters were beginning to be sent to the newspaper on other niggling topics. Charles Walkden, a man of forthright views, wrote that the fire hydrants in Ashwell had been unused and unchecked for years and that many may now be inaccessible. Mr Walkden was also in public correspondence with the Rector, the Rev S W Panajotti Webb, discussing philosophically the nature of progress, wisdom, and education.

‘The Feast’, in the second week of the month was a very long-standing Ashwell event. Though much diminished during the war it was now getting back to its full glory. Mr James Harris provided the usual fairground attractions as his descendants still are today although they now come at a different time of year for Ashwell at Home. The newly formed Cricket club organised two cricket matches and the school had a holiday for 2 or 3 days.

Saturday the 19th July was declared a Bank and Public holiday throughout the kingdom for the general celebration of the Conclusion of Peace. Thousands paraded in London. At the newly erected cenotaph in Whitehall they remember those who suffered and in the parks diverse performances entertained the crowds.

Ashwell also had its own Day of Celebration of Peace with street decorations and a procession. There was also a church service, cricket matches, village sports, a public tea party, and tennis at The Bury. All was finished in a magnificent manner with a bonfire at The Recreation Ground.