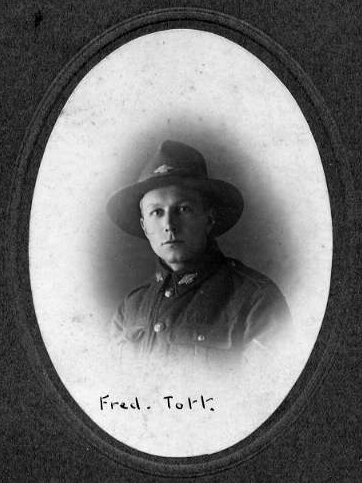 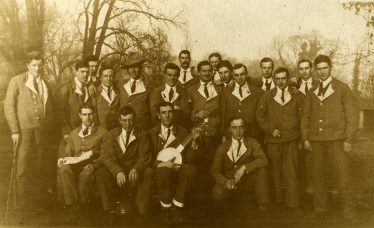 zoom
Soldiers at the VAD Hospital in their Blue uniforms and holding what could have been part of the entertainment given to the village.

In February 1918 the Royston Crow made a feature of ladies rendering voluntary services in the area.  Perhaps this was a response to the momentous step forward by the Government in giving women the vote even if it was only for those over 30. Mrs Wolverley Fordham, of the Bury, was an active supporter of the suffrage movement. The newspaper gives prominence for her work in setting up and running the Voluntary Aid Detachment convalescence hospital but she also appears several times during the month in her other voluntary roles.

She invited Mrs Erskine, the Girl Guides District Commissioner, to give a talk about the association with the view of forming an Ashwell branch. The decision was taken and Mrs Fordham inevitably became its first leader. She eventually rose to become county commissioner.

The Ashwell Nursing Association was another organisation Mrs Fordham was heavily involved in and details of its 20th annual report were published during February 1918. The association was a pre-NHS service which, for a small fee, performed a vital health role in the village.

The patients convalescing at the VAD hospital in the Bury had not only their physical needs cared for but also their minds stimulated. To this end a series of lectures arranged for Monday evenings. This month Mr Fred W Gill F.R.G.S. told of his travels “700 miles up the Nile” with illustrations by lantern slides.

However the soldiers in the hospital were usually on the mend and clearly at times thought they had something they could offer the village.  Under the title of the ‘Blue Boys’ a group gave an entertainment at the Merchant Taylors School raising the magnificent sum of £7 for their funds. They called themselves the Blue Boys after the colour of the uniform that all casualties wore in hospital when away from their regiment.

There were honours for an Ashwell boy, Sergeant Fred Tott of the Taranski Rifles, NZ Expeditionary Force was awarded the Military Medal and, by the Belgian Government, the Croix de Guerre for fine work in the field, especially Passchendaele.

Frederick George Tott was born in Ashwell in 1891 and became a butcher’s lad. In 1910 he emigrated to New Zealand and carried on the butcher’s trade. He enlisted in 1915 and was active for most of the War. On a visit to Ashwell he explained to the boys of his old school that there were three things indispensable to a soldier’s life – cheerfulness, firmness and loyalty. They were certainly indispensable to a soldier who survived some of the worst campaigns of the war – Egypt, Gallipoli and Passchendaele. He died in 1967.