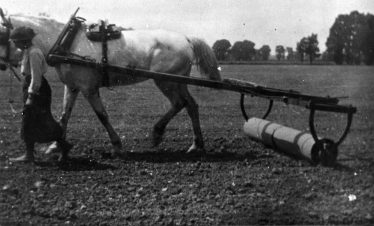 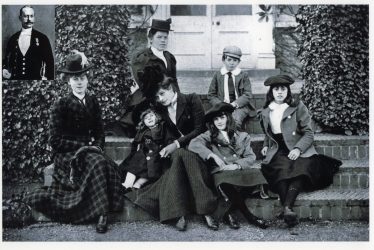 Although little was reported for Ashwell during December it looks as if some semblance of normal life was beginning to resume despite restrictions imposed by the Influenza epidemic.

A meeting proposing a course of evening classes in the Technical Rooms (now the Parish Rooms, Swan Street) was attended by 41 boys. They were awaiting authority to go ahead with the project.

An Ashwell Branch of the Allotments & Smallholders Association was formed and was seeking authority with affiliation to their National organisation.

The Scouts held a Whist Drive at the Merchant Taylors School and there was a ‘Soup Competition’ at which the Girl Guides entertained.

The Women’s Institute held the last meeting of their first year. A special invite was made to the 32 women who had been land workers during the war for the presentation of the stripes and diamonds due to them. Mrs Fordham kept the records. They had to work 156 days to earn one stripe and 2 years for a diamond. There were 50 stripes and 10 diamonds awarded.

As soon after the Armistice as feasible a General Election was called. On the 14th December Lloyd George was returned with a landslide majority for his coalition. This momentous occasion, the first time that women over 30 and men over 21 had been able to vote passed off with the news that Polling day was quiet in Ashwell.

One tragic aftermath to the war, although not directly concerned with Ashwell, was the story of Captain Julian Royds Gribble. It was probably reported in the Crow because he was the younger brother of Mrs Phyllis Fordham of the Bury.  Julian was born in London in 1897 and educated at Eton. One of the houses owned by the Gribble family was Henlow Grange. In 1914 he enrolled at the Royal Military Academy at Sandhurst, was commissioned into the Royal Warwickshire Regiment in 1915 and was sent to the Front in May 1916. He won the Victoria Cross at Beaumetz in France on the 23rd March 1918.

The citation says ” the Battalion was near Velu with orders to hold on in face of heavy German attacks. On the 23rd the Germans broke through on a wide front, but Captain Gribble and his Company would not yield. His orders were to hold on to the last, and he sent back a runner to say that he would stay until ordered to retire. This resolution he inspired his men to accomplish. When last seen he was still fighting, surrounded by the enemy. By his courage and determination the Germans were unable to obtain mastery of the ridge for some hours, and the rest of his Brigade was able to be withdrawn.” He was wounded and lost consciousness but was resuscitated by the Germans and taken prisoner. He was held in a camp at Mainz, Germany where he gradually recovered his health and on the news of winning the Victoria Cross his fellow prisoners of war celebrated by carrying him around the camp on their shoulders.

Sadly he never saw his medal. Whilst waiting to be repatriated at the end of the War he caught pneumonia and died on the 24th November 1918. There is a plaque commemorating his life in Preston church.