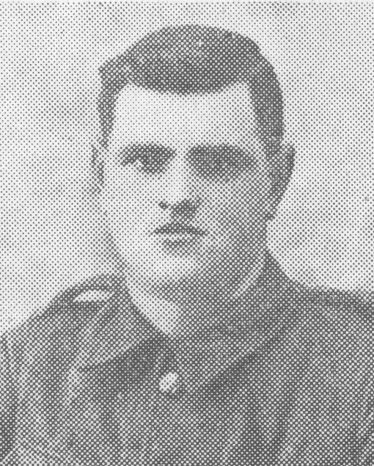 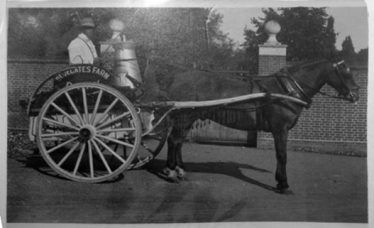 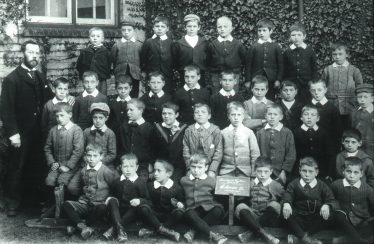 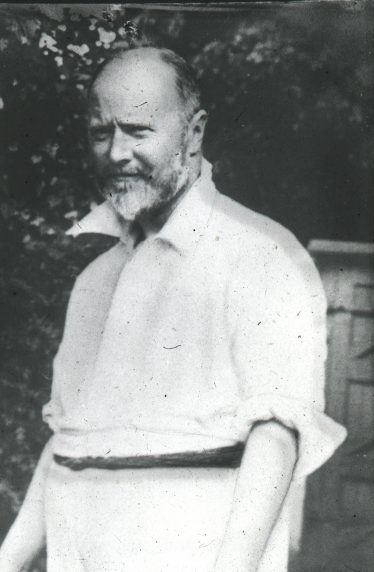 At last there are some ‘normal’ village events that are not directly connected to the war were reported in the newspaper.  As one might expect St Mary’s Church had a special Easter service. The Parish meeting took place at which there was the annual discussion of the charities and the poor state of the paths on Ashwell Street.

An event which would have meant a lot to many villagers, especially the boys, was the retirement of Mr Chote, the head of the Merchant Taylors School. He had served for 43 years and was much respected and loved. He had been due to retire earlier but the war prolonged his tenure owing to the shortage of suitable young men to take over. He was also organist at church and moved to Hitchin to enjoy his rest.  On the 9th April the post was filled by Mr Morgan Biles who had been Head, for nearly 18 years, at Bayford Church of England School.

Several deaths unrelated to the war were reported. The saddest was Joan Parrish of North Field who at only 5 years old succumbed to scarlet fever when her mother was in hospital with a milder form of the disease.

Mr David Dellar, 64, of High Street died after having been an invalid for some years. He was formerly a cooper at Page’s Brewery. On 10th April Arthur Waldock, 68, late of Ashwell died at St Pancras. Following the death of George Malyon, No 3 Moss Cottage Homes had become vacant and would be distempered and whitewashed prior to letting.

At home the war effort was still going on. At the County Council School (the present Primary School) the girls made 53 Treasure Bags for soldiers. This was the second donation made by Miss Hyslop, the Headmistress, who gave them to Mrs W Fordham for distribution.  A Soldiers concert at the Congregational School Room ( I think this is now the URC Hall) raised £3.12.4d towards a Sunday School piano.

The news from the War Front was very dismal this month as there was an unusual number of casualties reported.

Mr & Mrs James Burgess heard that their son Gunner Oscar Burgess had been wounded by shrapnel and was ‘progressing’. His half-brother Private Albert Burgess had also been severely wounded in the head and arm. We believe they both survived the war but have no further information about them.

Private Edward Ashby was wounded. He was born in 1886 and after being educated at the Merchant Taylors School before enlisting, before the war, he was a domestic coachman living in Swan Street, Ashwell. The stark statement in the newspaper is illuminated by the citation for the Distinguished Conduct medal he earned for conspicuous gallantry and devotion to duty. ‘During recent engagements in the Battle of the Somme, three horses held by him had been wounded and on 23rd March, near Potte, his horse was wounded and he himself was hit in the thigh by a splinter of a shell. Regardless of his own wound, he assisted in tending the men and horses which had become casualties, and only reported his own wound when he had brought his horse back.’

As far as we know Edward survived the war. Recently some Ashby descendants came into the museum and we were able to quickly copy this picture that we think could be of him working as a milkman for Bluegates Farm on his return from France. Unfortunately the family left without giving us any further information to expand his story.

Private William Barton, who was renowned as the first Ashwell man to join the army after war broke out was wounded for the second time.

Mr & Mrs J Sheldrick were informed by their son Frank that he had been wounded in both legs. They had six sons and had already lost two in the war and another had been severely wounded.

Sergeant Peter Waldock, 42, in the Veterinary Corps, the son of Mr & Mrs Stephen Waldock of The Springs, was wounded by shrapnel in 8 places and was sent to Woolwich Royal Herbert Hospital. He was an old Merchant Taylors boy and before enlisting worked at the Harringay Stores of E K & H Fordham’s Ashwell Brewery. He was now married with 2 children and living at Willesden. His brother, Ralph Waldock, who now lived in East Ham had also been recently wounded and was in hospital at Lincoln.

Private Mynott Reynolds with suffering from gas poisoning and had been moved to a hospital in Manchester. Private Sidney Wren was also gassed but was now recovering.

And finally, after this long list of casualties the news that no one wanted to hear. Sergeant Herbert Smith, 25, son of Mr & Mrs George Smith, of Silver Street, had completed his term of duty and was expecting his usual home leave when his fighting days were cut short. He was killed at Etrevillers, west of St Quentin on the 21st March 1918. He was a Special Reservist and had been commended several times. The Smiths were another family that had received a double loss as Herbert’s brother Harry was killed on the 17th January 1917.