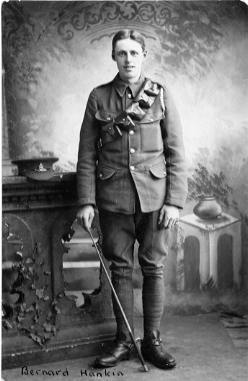 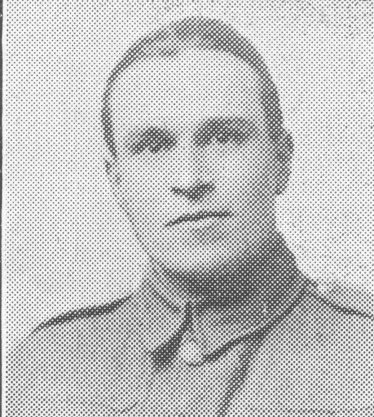 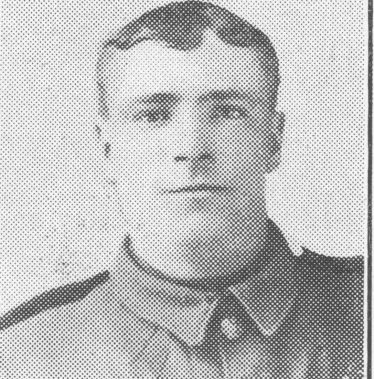 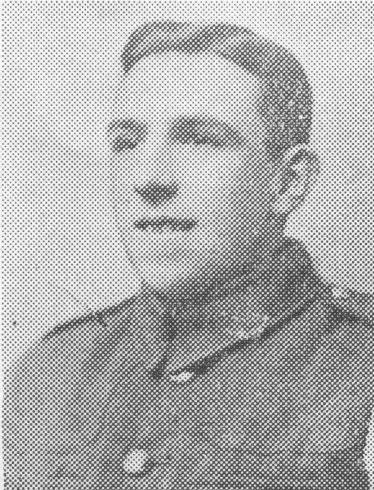 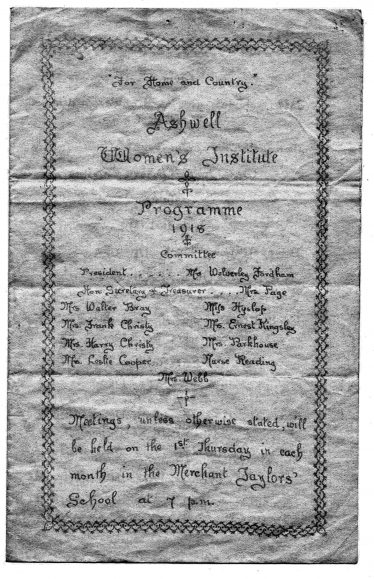 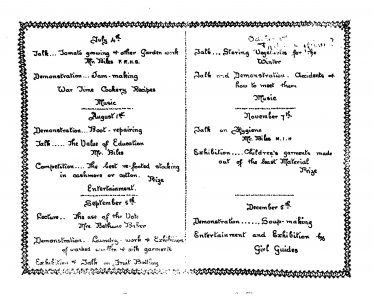 The Annual Feast was held as usual on the first Sunday in July and for a few days afterwards at the Recreation Ground. Children enjoyed the usual fairground attractions and a holiday from school but the absence of many men at the war cast a slight shadow over the proceedings. The Wesleyan Chapel Anniversary coincided with the feast and was celebrated with special services.

There were two political appointments reported this month. Sir George Fordham of Odsey was chosen to stand as Liberal candidate for West Fulham. And at Herts County Council meeting Councillor William Cooper of Dixie’s Farm, Ashwell was chosen to fill the vacancy of an Alderman.

The Women’s Institute had their first official meeting on Thursday the 4th July with Mrs Fordham in the chair when the magnificent total of 47 new members enrolled. The meeting was held in the Merchant Taylors School starting at 6.30pm. The Merchant Taylors Company had ‘granted permission for the use of the school for the monthly meetings at a cost of 2/- (10p) each month to cover the cost of heating, lighting and cleaning.’

On the night there was a talk on tomato growing by the new headmaster, Mr Biles FRHS followed by a practical demonstration on jam making with an exchange of wartime recipes. The meeting was rounded off with an accompanied song and recitation from Mrs Leslie Cooper.

The Golden Wedding of Mr & Mrs William Baulk was celebrated on the last Sunday of the month. They were married at Steeple Morden on the14th July 1868 and after a time they came to Ashwell. They lived here for about 29 years, then moved to Shenley, Herts for 20 more years before coming back to Ashwell. Their seven children and many friends wished them well.

The 25 bed Voluntary Aid Detachment Hospital at Ashwell Bury was now to be used for convalescent cadets. Since its opening two years ago in July 1916 572 convalescent soldiers have passed through its doors.

In Egypt there was a surprise for Gunner Bernard Hankin when on the 9th May his Christmas gift from the fund set up by the people of Ashwell arrived. It took another two months for the news to filter back to England.

The other news from the front involved the Ingrey family who lived at Mill Cottages, Odsey not far from the station. Mr and Mrs Ingrey had four sons serving in the war.

Private Alfred Ingrey, their eldest, served in the army for 12 years before the war in Malta and Egypt. He was sent to France in 1915 and was soon wounded in the foot. On recovery in 1916 he was again sent to France where he received hip and arm wounds at the Battle of the Somme. He recovered from this and was then posted to Salonika.

His brother Sergeant William L Ingrey, now 27, had two years army service before war, and was now ill with Trench Fever. Their third son Sergeant Albert Ingrey was severely wounded in the back on 31st October 1916 and after much time in hospital was now on light staff duties at Shoreham. The youngest son Lance-corporal Harry Ingrey was involved in the Battle of St Quentin on the 22nd March 1918 when he was taken prisoner.