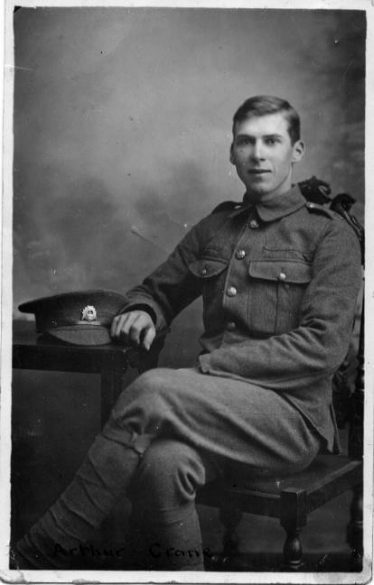 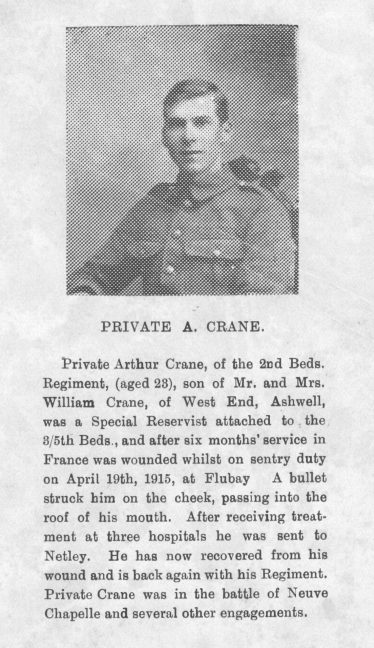 Percy Skerman had an unfortunate accident. The young man was about to start threshing at Bluegates Farm when he saw a rat and hit it with a fork causing a piece of tine to fly off and into his eye. He was taken to Addenbrooke’s hospital but may lose the sight of his eye.

An unusual number of deaths amongst the villagers were reported for the month. Mrs Evans died after 10 year illness. She was best remembered for running a private school in the clubroom of the Six Bells Inn, Swan Street. She taught many local children before the building, in 1878, of what was known then as the Board School but is now our Junior School. The other deaths included Nina Lilian Ryland aged 35 and Charles Webb, 78. Annie Elizabeth Bryant, 48, had been 3 years ill with an incurable disease. Arthur Wilderspin was only 29 when he died on 13th February leaving a wife and 2 small children.

Last month’s big local issue was a proposal to transfer the boys from the Merchant Taylors School and thus change the Board School to mixed entry. This month the Parish was given a chance to air its views at a public meeting. The proposal arose because a school inspector predicted that on Mr Chote, the headmaster’s retirement there would be only 70 or 80 pupils and that this was less than the 200 needed to attract a good Head.

Protest letters had been received from many old boys including Mr A Waldock, now of Romford who referred to the late Mr Geo Moss’s high opinion of school.  Mr Henry Bracey, who had been for many years assistant master and for 14 years Head in a mixed school considered that a mixed school was a mistake. Mr Andrew Lamb was of a similar opinion. Mr Alfred Wayment BA Head Master of Bishop Temple School, Lambeth, claimed it would be an irreparable mistake to break the link with an ancient city company and mixed schools had little to recommend them.  A suggestion was made that the Merchant Taylors School could be used for technical education.

The meeting was informed that there would be consultation between the Herts County Council and the Merchant Taylors managers next week.  A message was agreed to put before them not only giving a strong protest to the proposals but also a message of thanks and appreciation for all the Merchant Taylors Company had done in the past.

The next week’s newspaper published a letter from the Rector explaining the confusion.  The Merchant Taylors had been asked by the Red Cross to allow their school to be used as a hospital which was agreed provided the boys’ education could be arranged.  There was no intention of closing the school permanently.

The Ashwell School’s crisis was over. The two events of the hospital use and transfer to a mixed school clashed and both had now been dropped.

Two members of the Fordham family were involved in political discussions. A letter from Sir H.G. Fordham protested at the Cambridgeshire Lord Lieutenant’s greetings to King George following his fall from a horse while reviewing the troops in France. I do not know what his particular grudge was but the newspaper went ahead and published a copy of the letter to the King. At the West Cambridgeshire Liberal Association Annual meeting Sir George Fordham felt strongly enough to present a letter of resignation saying he disagreed with the Governments policy on military conscription.

Several old boys from the school, Percy Ryland, Bert Kirchin, Clem Pack, and Hubert Radford were on their way to the front. They had come along to say their goodbyes and tell tales of training camp.

Others W Randall, Bruce Law and Herbert Crow were back on leave from a term of duty. A letter of a much more informative nature was passed on to the newspaper by Mr Chote, the headmaster.  Private E P Holloway of Westbury Cottages wrote a letter under the heading ‘German Fireworks’ telling about life at the Front. He says they kept cats and dogs in trenches to try and keep down the rats; they played football games when off duty and he had recently met another Ashwellian, Billy Picking.

Another picture with a brief service history was published in the ‘Local Patriots’ series. Private Arthur Crane, son of Mr & Mrs William Crane of West End, was wounded in the cheek and mouth while on sentry duty but had now recovered and was back with his regiment.

During the month there were two fund raising events relating to the war. The Wesleyan Home Missions Meeting had a special collection for the Services. A jumble sale and a concert given by the soldiers billeted in the village raised £5-14-0d for the Red Cross even though there was a heavy snow storm in the days running up to it.