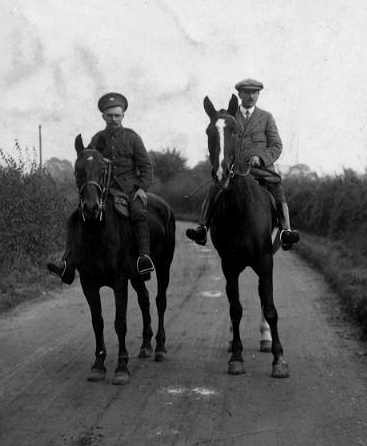 zoom
Bert Sheldrick on the left 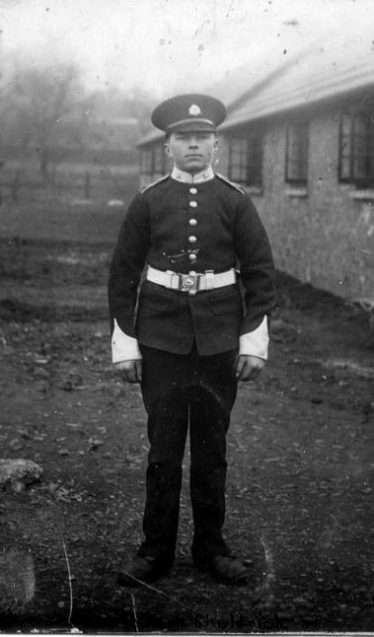 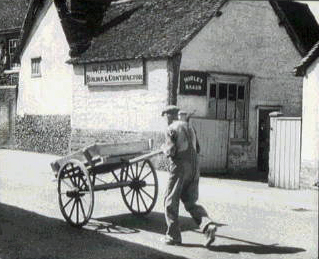 There was sad news from the ‘Boys at the Front’.  At least three were involved in the Battle of Neuve Chapelle. Private ‘Bert’ Sheldrick, of the Beds Regiment, died from his wounds at the Base Hospital in France. We have two pictures in the museum labelled Bert Sheldrick which are reproduced here.

Mr Chote, the headmaster, had news from Private Herbert Crow, 19, who, while serving in H.Q. at the Front, had seen old boys Sidney Chapman and Frank Harradine.

The school was giving ‘hearty send offs’ to old pupils who were going to the front. Claude Hoye and William Randall related experiences of camp and training. They then viewed the ‘Roll of Honour’, the list of men who had signed up, which now stood at 83.

Mr W A Fordham called at the school to discuss arrangements for a concert that was to be given for the Welsh Fusiliers who were now stationed at Royston. However the main worry at the school was the fact that so many children over the age of 12 were being kept away to work on the farms.

Another angle on how the war was touching lives in all sorts of way was a report concerning a case brought before Mr E Snow Fordham. He was a London magistrate but lived at Elbrooke House.  At the West London police court a soldier from Notting Dale, London was arrested for desertion. He was found at home with a coffin and his dead baby. Mr Fordham bailed him to attend funeral but I wonder what happened to him then.

Again this was very thin on the ground this month. The only other home news reported this month was the death of Mr. Walter Albert Rand aged 59 of West End. It was only last month that he was charged with supplying liquor to a drunk.

Although Mr Rand was a native of Therfield he came to Ashwell in about 1885 as foreman for Messrs J Bailey, the builders. However in about 1900 he became landlord of ‘The Engine’ in Back Street at the same time as he started a small builders firm from his West End premises. The picture from 1948 shows the demolished barns that were on the side of the road. I believe the timbers were incorporated in the cottage that now has a small front garden. The W F Rand sign is now in the museum. Morley’s bakery was also on the same site.