You are here: HomenextAshwell historynextTopics, Subjects and Eventsnext100 Years Ago - Historic Diarynext1914 all the Newsnext1914 November 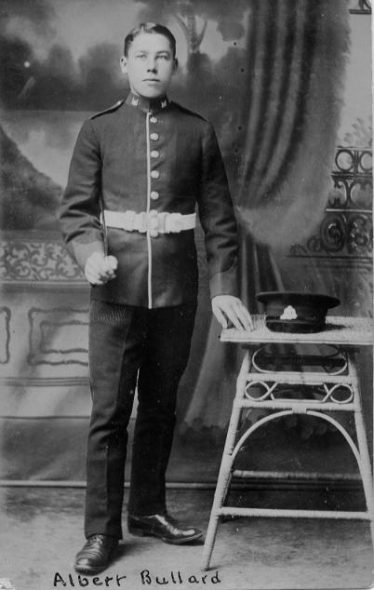 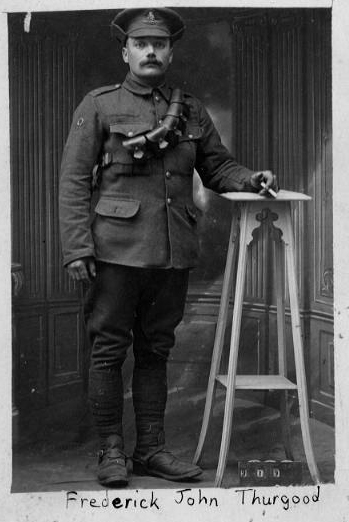 Privates Albert and Eli Bullard, two soldier sons of Ashwell residents, became prisoners-of-war in Germany.   They had two other brothers also serving at this time but by 1918 a total of six brothers had joined up.

Eli Bullard, the third son, and Albert Bullard, the sixth son, both joined the Suffolk Regiment. When war broke out Eli was on the Reserve, and resided at Newark whereas Albert was stationed in Ireland. On mobilisation they were both sent out to France and were taken prisoner at the Battle of Mons, one of the first battles of the war. I believe they spent the rest of the war in Germany.

On the home front there was a worry that labour was getting scarce. The latest recruits included Eric Hyder, B Seaby, and Harry Covington. Even Capt J R Roberts of The Three Tuns had volunteered at the age of 55. He sighted previous experience in foreign waters and knowledge of submarine affairs as making him useful. Another recruit mentioned was Mr F Thurgood, the only son of Mr and Mrs E Thurgood. Fred was the chief farrier at E K & H Fordham’s Ashwell brewery. It is remarkable that Ashwell’s Roll of Honour, that is those in service or training, already numbered over 130 out of a population of 1,284.

Those left behind were not idle. A  Home Defence Volunteer Corps was formed and there was much training activity going on. Mr W A Fordham arranged for the schoolroom at the Merchant Taylors School to be used on three nights of the week for the purpose of drilling. The Scouts had been promoted to a signalling role in the event of any invasion.

The District Council had been discussing the Isolation Hospital expenses. There had been a severe outbreak of scarlet fever which closed the school for several months and there were still some patients in the hospital. The maintenance cost for the scarlet fever patients to Sept last was £84-2s-2d. It was reported that a proposed increase of a 2d rate for ‘scavenging’ was refused as farmers would ‘see to it’. I do not know what ‘scavenging’ referred to in this context.

Mr Albert Humphrey of Royston had a narrow escape when his motorcycle collided with a motor lorry of Fordhams in the High St. Fortunately there was only ‘slight damage and no injuries’. Mr Arthur Evans, a former licensee of the Bushel & Strike, who then moved to the Railway Tavern, Royston, had contracted a heart disease and come home live at his parents house in Ashwell.

On a brighter note Mr W H Bayliss of Ashwell was married to Mabel Lillian Bullen of Shadingfield, Suffolk at Holy Trinity, Paddington. There was the usual round of club dinners. This month the Pig Club had theirs at the Stag Inn and the Foresters annual dinner was held at the Bushel and Strike.

However, even when Ashwell was at leisure, the war could not be totally forgotten. The Literary Society was inspired or courageous enough to put on in the Congregational Hall a lecture about German culture and its origins. And the football team beat Royston 3-2 with the help of a newly arrived Belgian refugee goal keeper.