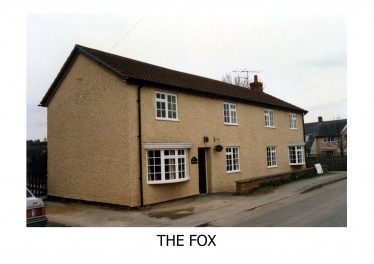 There were the usual regular reports of Ashwell village life in the Royston Crow for November 1913.

The ever popular Literary Society had two meetings. A talk by the well known local author Mr Reginald Hine on “The World of Dreams” accompanied with songs by his wife and on another night you could hear members ‘Holiday Reminiscences’. The Ashwell Snowdrop Minstrels were out and about this time entertaining the people of Hinxworth.
The Hockey Club started their season off with a 5-2 defeat by Emmanuel College, Cambridge and a 2-2 draw with Clare College. There was a meet of the Cambridgeshire hunt appropriately at The Fox Inn. (Just beyond Sunnymede on the way to the station) A good field turned out and a fox was chased but it was ‘poor sport’.

Early in the month the funeral of Mrs John Adkins, 73 was held at the Congregational Church. Then on the 17th Mr John Adkins died after a painful illness his funeral was only 3 weeks after his wife. Another death reported was of Moses Hopkins, 55, would had been a faithful employee for 29 years of Messrs Page & Co, the other Ashwell brewery.

On a brighter note for the first time anyone could remember a gypsy baby was christened at St Mary’s church. It was also announced from Odsey that a marriage had been arranged between Bertram Maunsell of Farnleigh, Kettering and Frances Mary (Molly), the youngest daughter of Sir George and the late Lady Fordham.

In an article headlined ‘Old Servant’s Error of Judgement’ there was a report of alleged cruelty to a horse.  At Biggleswade Petty Sessions Mr Herbert Skerman of Ashwell was charged with working an unfit horse and Mr Isaac Beale was charged with causing the animal to be worked. N.S.P.C.A. prosecuted but Messrs E K & H Fordham, the Ashwell brewers and the two men’s employers appointed a solicitor to defend them.  However they pleaded guilty to both charges.  PC Simpson said that at London Rd, Potton on 1st November he had report of a lame horse and saw a dray with two horses, one of which was lame. On examining the lame leg he found it very hot and advised the driver to put the horse in a stable. Driver Skerman said the horse had been lame at 7.15 when he set out from Ashwell following his foreman, Mr Beale’s, orders. The Vet said that the horse was unfit with a long-standing condition. In mitigation it was said that Mr Beale had been stable foreman for 20 years and had no previous complaints however he was fined £2 and costs. Mr Skerman got away with a much lighter fine of 2s 6d (12 ½p). I wonder if the brewery paid the fines.