In July 1913 it seem that thoughts had already turned towards winter as there were at least two events raising money for the church’s new heating. The grounds at Odsey were opened for a Garden Fete and Bazaar     . It made the enormous sum of £160.  At the other end of the scale the Snowdrop Minstrels did two performances at County Schools and Mr H.P. Pack announced that ‘following the recent concert we will be able to donate £5 to the church heating fund.’

Meanwhile the summer was going on apace with several regular events. The Wesleyan Church celebrated its anniversary with special services and a guest preacher.  St Mary’s Sunday school had their annual treat in the Bury grounds. The employees of Fordham’s Brewery had their annual outing. This year they went by train to Brighton. Between 60 and 70 went in 9 specially booked carriages and the workers from Fordham’s Harringay Stores joined the party at King’s Cross.

Another annual event eagerly awaited was the visit of Dr Comyns Berkeley’s cricket team of young doctors from the Middlesex Hospital. The match against Ashwell was always held on ‘Feast Tuesday’.
The feast or fair in honour of St Mary, to whom the Church is dedicated, was held on the two days in July nearest to the Visitation.  It was the last of the four feasts that were once celebrated in Ashwell and until quite recently the fair would turn up at the Rec at that time of year. On this occasion the visitors won although the paper remarks ruefully that their team included 2 County players. Lunch for both teams was provided at the Bushel & Strike, courtesy of Mr & Mrs Fordham, and of course tea was served at the cricket field.

There was an advert saying that the house at Redlands Farm was to let with 3 acres meadow, 5 downstairs rooms, 6 upstairs, bath, etc. Please apply to Sir George Fordham, Odsey or Mr John Kingsley, Odsey Home Farm. The rent per annum was £48. 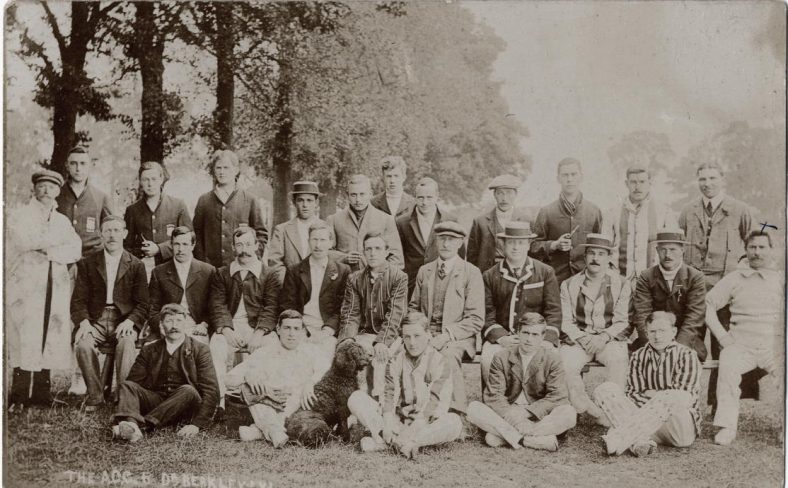