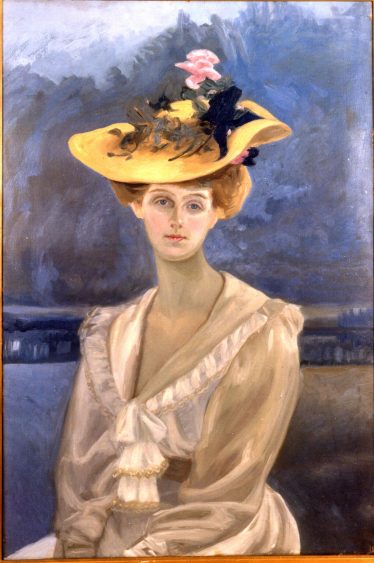 An event of national significance reported in the ‘Crow’ in August but actually occurring at the end of July was news of the 1913 Suffragist Pilgrimage. The National Union of Women’s Suffrage Societies organised a mass march to London from seventeen cities across the country. The aim was to draw attention to the suffrage cause and particularly to the constitutional aims of the NUWSS. It was believed that the public, who were by now becoming accustomed to repeated sensationalist stories about militant tactics, should be reminded that there the women’s suffrage movement had a much larger constitutional and non-militant wing and that what was described by one of the organisers as ‘the enormous educational work that is being done by many thousands of peaceful, law-abiding Suffragists’ should be promoted. The march followed eight routes through the towns and villages of England to converge at a rally in Hyde Park on Saturday 26th July followed by a service at St. Paul’s Cathedral the following day.
One of these routes started in Cambridge and stopped for the night in Royston. The next day about 40 continued their journey towards Buntingford and were joined by a large party of north Hertfordshire ladies who had started from Cromer. The whole troop were met, at about 7.30am, by The Hon Mrs Phyllis Fordham of Ashwell Bury. They were no doubt given words of encouragement by her as she was a keen supporter of the cause but I do not know if she or any one else from Ashwell accompanied them all the way to Hyde Park for the rally on the Saturday. The report says there was much talk but no militant behaviour on Saturday, but on Sunday Mrs Pankhurst and a rebellious group charged police in Whitehall.

We hear much about people emigrating for a better life abroad but it was noted that an old Ashwell inhabitant, Mr John Goodchild, had returned after 51 years spent in America.

Exciting things were happening on the cricket field in August. Under the heading ‘Night Cricket’ a match between Fordhams Brewery and Mr W.A. Fordham’s employees finished in the dark. The Brewery won but there was obviously discontent as a rematch was played later in the month but the Brewery still won. Fordhams Brewery team were very active as they also played a team from Page’s Brewery. This time the match ended in a tie with 59 runs each.

For the rest of the month the village was full of all those things that are at the heart of village life. The Choir had their summer outing to Great Yarmouth. The Ancient Order of Foresters had supper and a concert at the Bushel & Strike. The Merchant Taylors School had its sports day. The Bury Gardens were open one Sunday afternoon. The Wesleyan Church had a service which raised £5 to renovate and improve the organ. There were 2 weddings at the Congregational Church.  Between Mr Reginald George Wilmott and Miss Gertrude Jane Strickland and on 16th August Miss Elsie May Thurgood, only daughter of Mr E J and Mrs Thurgood, Ashwell, married Alfred John Sutton of Durnford, Wiltshire.