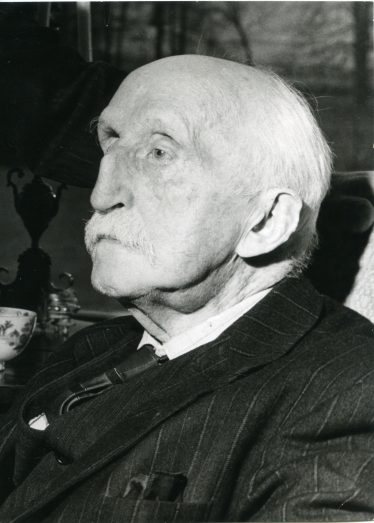 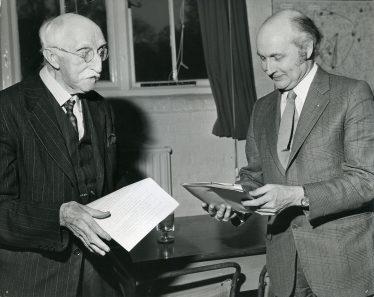 The main event of the month, in column inches, happened not in Ashwell but in London where on the 4th inst. at Holy Trinity Church, Kensington Gore William Herbert Fordham of Mura-Szerdahely, Hungary, second son of Sir H. George Fordham of Odsey, married Eleanor, only child of Mrs H. Sibthorpe Barlow. The couple went off to live in Vienna. Later W H Fordham came back to Ashwell living in Odsey House until 1976. The paragraph gives us a glimpse of what must have been a very eventful life.

Another momentous event was the fact that England’s youngest Town Crier, Master Gordon Warboys, stood in for his father in announcing a lecture on Canada at the Congregational School-room. His father had started as town crier at that age. In the museum we still have the handbell that he used to attract attention.

On the other hand something was happening that has a lasting effect on the village today – a mains water supply was on the verge of completion after many years discussion. It was noted that on the 11th January the Parochial Committee sat from 5 till 8 to advise property owners of water connections. However only 90% of owners accepted an offer of pipes to their boundary. Despite all this the Parish Council held their quarterly meeting a few days later but there was no business of public importance.

Two things cropped up in the month demonstrate how attitudes and habits have changed over the years. ‘The Pig Club’ had its annual dinner and concert. I have no other records of this but it was probably similar to the other village self -help groups and insurance societies. The pig being of mutual benefit to the members. The other was a meeting of the Hitchin Coursing Club something that is banned now but was just a part or rural life in 1913. It was reported that only 4 hares were killed.

There were also several letters about the Dixies Stone, its name and origins. It was agreed that it had been significant in the village for many years and possibly had something to do with the market place. It seems it had moved around quite a lot in the 19th century, as it did in the 20th, before it moved back to its original site in the verge outside Dixies farm. It can still be seen there today.

William Herbert Fordham, son of Sir George, was born in 1883, trained as a civil engineer, and worked at the Thames Iron Works on the first Thunderer which was launched in 1911. From 1914 he worked abroad as a consulting oil engineer, a profession he found very exciting and for which he was awarded the Redwood medal for services to petroleum in 1929, the year his father died. With regret he gave up his extremely promising career for beer.

In 1929 Willie Herbert, as he was known, came back and settled in Odsey, the family home, to manage the brewery until its closure in 1965. At the same time he became interested in public work, representing Ashwell on the Hitchin Rural District Council, was chairman of the Letchworth Naturalists Association and a trustee of Ashwell Museum.