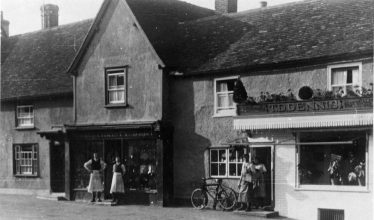 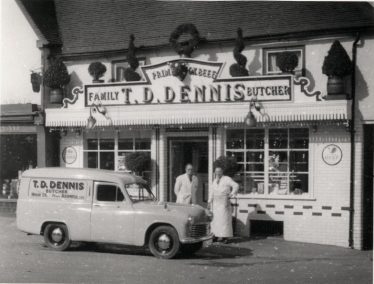 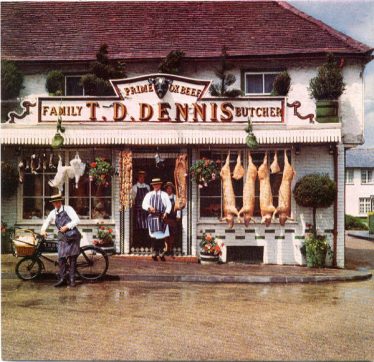 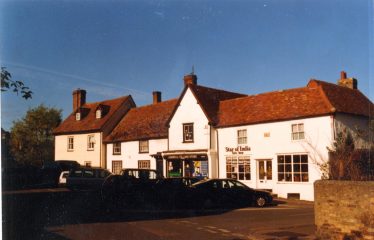 Tommy Dennis rented the premises soon after the first world war, and purchased it in 1931.The top of the shop contained evergreen shrubs which had been shaped. The centrepiece was a bulls head. He ran a very successful butchers business, supplying not only to the village, but to both commercial and residential customers in the surrounding area. He retired from the shop in 1965.

· The business was taken over in 1965 by a Mr Kingsley, followed by a Mr Hughes but by 1975, with the growing influence of supermarkets, the business had gone bust.

In the early 1980’s when the property was uninhabited, other people tried their hand at different businesses: the Swallows opened a sweet and greeting card shop, combined with household electricals, followed by Mrs Cherry who continued the business as a sweet and greeting card shop, Mrs Cherry also took coal orders for her husband’s coal business – Cherry’s Coal Merchants;   at that time it was generally referred to as Christy’s Corner

In 1988 the Gill family who leased Ashwell Stores next door purchased the property living above the shop.  They expanded Ashwell Stores into the corner shop but in time decided to put it back as a separate shop part of which they let to the Dhadra family in about 1990 who established a popular take-away, The Star of India.