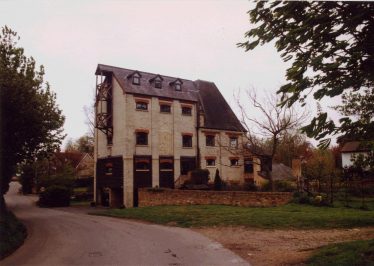 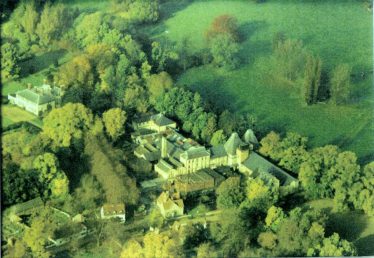 zoom
Fordham's Brewery, The Bury and Mill Street from the air, 10th November 1966

Our building was first commissioned in 1836 by Messrs. Fordhams of Ashwell.  It was one of three maltings in the village.

In 1953 Fordhams was sold to Greene King, when this building became a bottle store.  In 1958 Greene King sold it to Flowers Breweries Limited, who in turn were amalgamated with Whitbread in 1965.

In its sales particulars this house is described as having open sack storage up to the second floor level.  The second and third floors both had wooden flooring (retained) where the hand screeding and separating of the malt would have occurred.  The top floor was originally a platform leading to the gantry at the front of the building.  Trap doors between these floors can still be seen.  Both the adjoining Kiln House and our house were originally connected at the second and third floor levels.

On completion in 1975, The Maltings was given both an award under the European Architectural Heritage Year Scheme as well as a North Herts. District Council Civic Award.

(N.B.  Aerial photograph to be added.)

by Harriet and Mark Bradbury