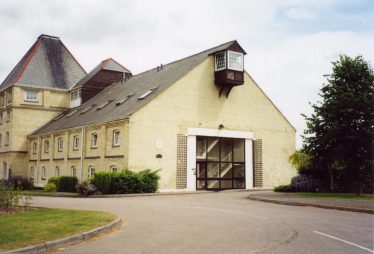 The Maltings was built in 1900 by the local brewery, Fordhams.

During the Second World War the building served as an army barracks and a prisoner-of-war camp for German and Italian prisoners.  During this time the prisoners worked at Bluegates Farm.  By government decree they were to be escorted to and from their place of work on a daily basis.  Mr Wallace, the owner of the farm, would send a 14 year-old boy on a bike as their escort!  Nevertheless the prisoners used to march in perfect formation and worked hard on the farm.

and Jodie Sheldrick (when aged 9)

by Danny Adams and Jodie Sheldrick