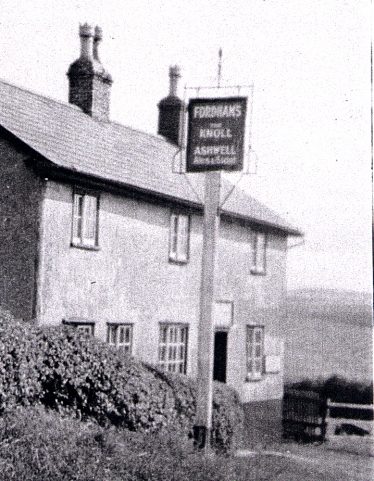 Ashwell always had many inns, and some of the old inn signs were very interesting some were:

The Angell
The White Horse
The Three Tuns
The Royal Oak 1715
The Dun Cow – now Vine Villa
The Bear
The Peacock
The Chaff-cutters
The Waggon and Horses
The Bushel and Strike
The British Queen
The Hit and Miss
The Australian Cow
The Swan with Two Necks – this had a painted sign – what Mr Bowman called a “Hideous Creature” – literally a swan with two necks.

This is probably a corruption of two nicks, which refers to the nicks in the bill cut by the Thames Watermen to mark their swans

In former days when the voyage to Australia had to be made by sailing ship passengers were allowed to take a cow free of charge on condition that the crew were allowed to have the use of the milk on the journey.

Two men brought a cow from Australia on similar terms, and walked it all the way from Tilbury Docks to Ashwell.  One of the men took an inn which was known for many years as “The Australian Cow”.