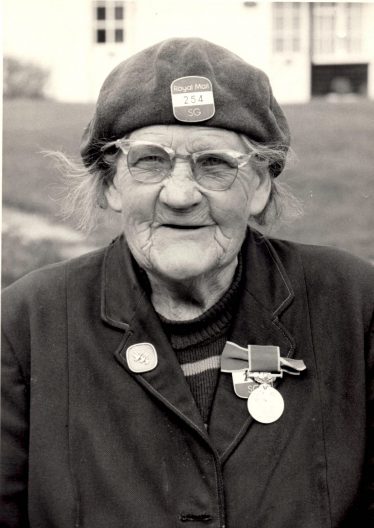 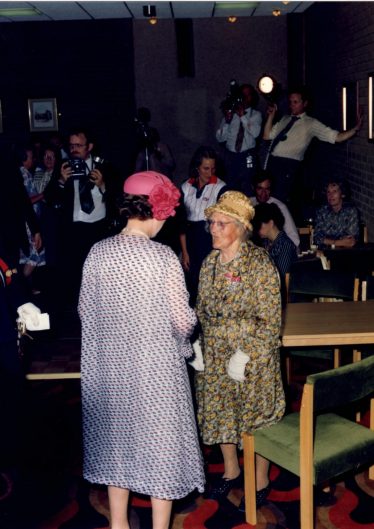 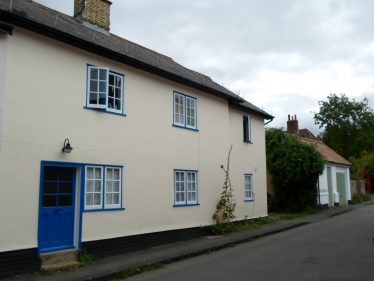 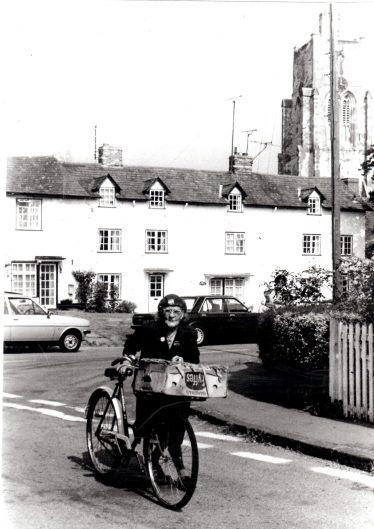 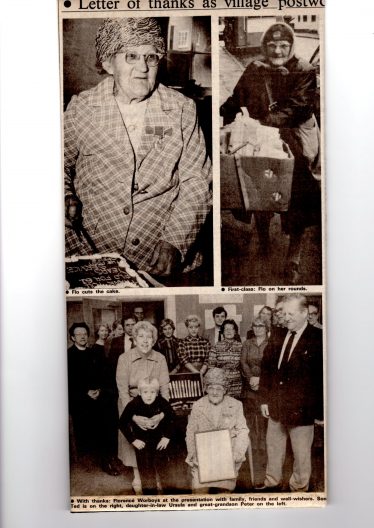 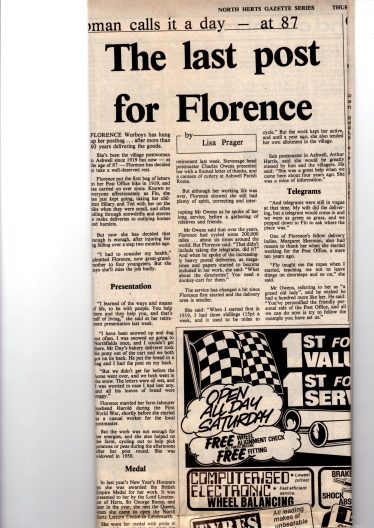 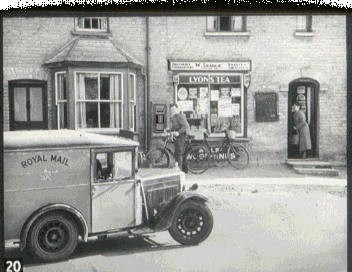 Harold purchased the two cottages in Gardiners Lane on leaving the Army and he lived there until his death in 1950.  Flo continued living there until 1986, moving to 1 Back Street where she lived until her death on 12 Jun 1989 at the age of 93.

In the 1982 New Year’s Honours list Flo was awarded the British Empire Medal which was presented by the Lord Lieutenant of Herts, Sir George Burns, and later in the year, she met the Queen, when she came to open the North Herts Leisure Centre in Letchworth.   The BEM was awarded for services to the Post Office as serving Postwoman in Ashwell for over 60 years retiring when she was 87 years of age.

Florence Worboys has hung up her postbag… after more than 60 years delivering the goods.

She’s been the village postwoman in Ashwell since 1919 but now – at the age of 87 – Florence has decided to take a well-deserved rest.

Florence put the first bag of letters on her Post Office bike in 1919, and has carried on ever since.  Known to everyone affectionately as Flo, she has just kept going, tking her children Hilary and Ted with her on the bike when they were small, and often toiling through snowdrifts and storms to make deliveries to outlying homes and hamlets.

But now she has decided that enough is enough, after injuring her leg falling over a step two months ago.

“I had to consider my health,” admitted Florence, now great-grandmother to four youngsters.  But she says she’ll miss the job badly.

“I learned of the ways and means of life, to be with people.  You help them and they help you, and that’s half of living,” she said at her retirement presentation last week.

“I have been snowed up and dug out often.  I was snowed up going to Northfields once, and I couldn’t get there.  Mr Day’s bakery deliverer took his pony out of the cart and we both got on its back.  He put the bread in a bag and I had the post on my back.

“But we didn’t get far before the horse went over, and we both went in the snow.  The letters were all wet, and I was worried in case I had lost any, and all his loaves of bread were soggy.

Florence married her farm-labourer husband Harold during the First World War, shortly before she started as a casual worker for the local postmaster.

But the work was not enough for her energies, and she also helped on the farm, cycling out to help pick potatoes or peas during the afternoons after her post round.  She was widowed in 1950.

In last year’s New Year’s Honours list she was awarded the British Empire Medal for her work.  It was presented to her by the Lord Lieutenant of Herts, Sir George Burns, and later in the year, she met the Queen, when she came to open the North Herts Leisure Centre in Letchworth.

She wore her medal with pride at the special presentation to mark her retirement last week.  Stevenage head postmaster Charles Owens presented her with a framed letter of thanks, and a canteen of cutlery at Ashwell Parish Room.

But although her working life was over, Florence showed she still had plenty of spirit, correcting and interrupting Mr Owens as he spoke of her long service, before a gathering of relatives and friends.

Mr Owens said that over the years, Florence had cycled some 200,000 miles…  about six times around the world.  But Florence said:  “That didn’t include taking the telegrams, did it?”  And when he spoke of the increasingly heavy postal deliveries, as magazines and papers started to become included in her work, she said “What about the directories?  You need a donkey-cart for them.”

The service has changed a bit since Florence first started and the delivery area is smaller.

She said:  “When I started first in 1919, I had three shillings (15p) a week, and it used to be miles to cycle.”  But the work kept her active, and until a year ago, she also tended her own allotment in the village.

Sub postmaster in Ashwell, Arthur Harris, said she would be greatly missed by him and the villagers.  He said “She was a great help when we came here about four years ago.  She was a mind of information.”

“And telegrams were still in vogue at that time.  My wife did the delivering but a telegram would come in and we were as green as grass, and we popped down to Flo to ask where the place was.”

One of Florence’s fellow delivery ladies, Margaret Skerman also had reason to thank her when she started working for the Post Office, a mere ten years ago.

“Flo taught me the ropes when I started, teaching me not to leave things on doorsteps and so on,” she said.

Mr Owens, referring to her as “a grand old lady”, said he wished he had a hundred more like her.  He said:  “You’ve personified the friendly personal side of the Post Office, and all we can do now is try to follow the example you have set us.”