The museum has been very pleased to acquire, with the help of the Friends of the Museum, two silhouettes, dating from the 19th century, of Ashwell worthies by Charlotte Morice.

It is very rare for works, which have such a strong association with the village, to come onto the market. We thought that to acquire and preserve such important pictures fitted exactly the purpose of the museum.

One shows her father, The Rev. Henry Morice, Vicar of Ashwell 1812-50, preaching. Charlotte was a good artist and a book of her drawings, now in the County Record Office is our main source of images of Ashwell in the early 19th century. We have a few more drawings by her in the museum. She also produced a series of prints to raise funds for the building of Ratcliffe House on the High Street, which was opened as a girl’s school in 1841.

The second silhouette is of Benjamin Christy (1785 – 1867), the brewer sitting at a table with his bottle and glass. He started commercial brewing with his neighbour, John Sale, in 1843 at Westbury. The venture was eventually taken over by J Page and when that closed in 1921 the site became the Village Hall.

A label on the back tells us that the sitter was the great-grandfather of B.R.C. and strangely enough Simon Christy, who wished to donate some things relating to the Christy family, recently contacted me. It transpired that his father was B.R.C who had farmed Westbury but he had no idea that there were brewers in the family. 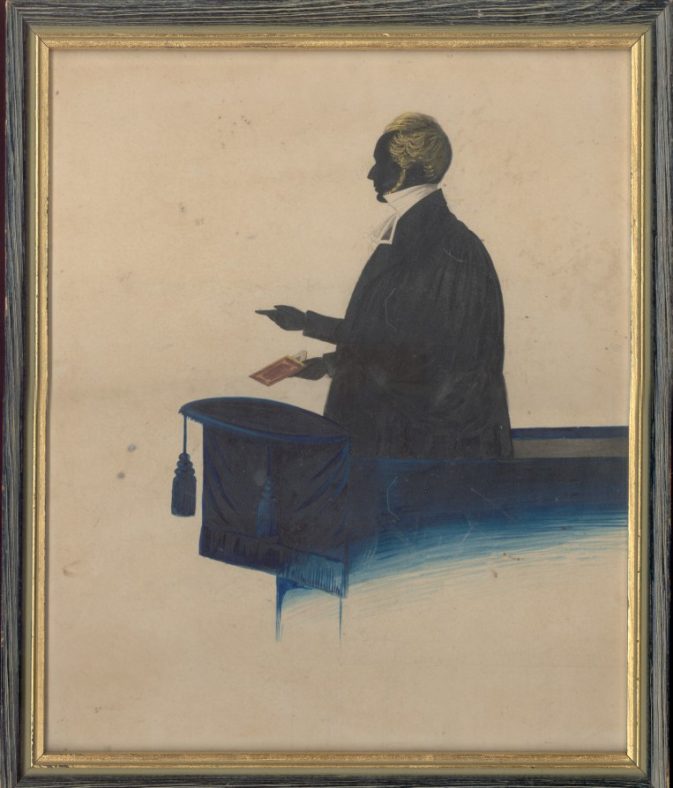 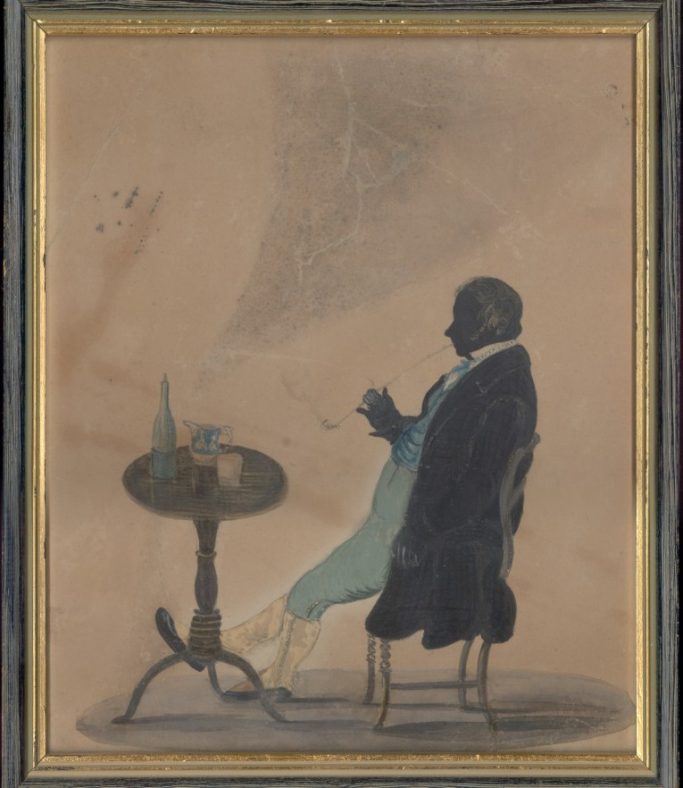