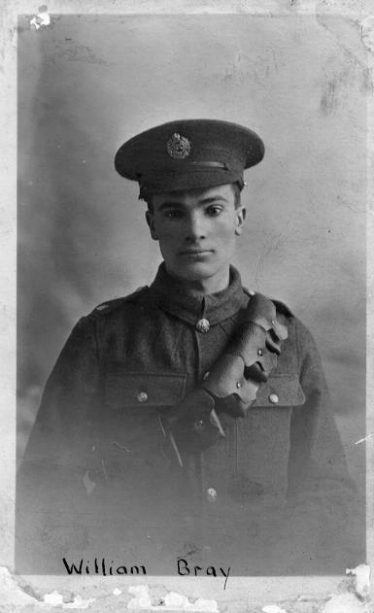 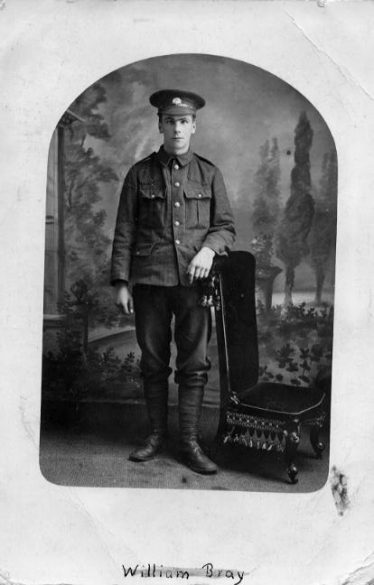 William enlisted at Hitchin on 19th November 1915 with the Royal Engineers.  He was mobilised on 25th January 1916 as a Pioneer.  He passed his proficiency tests and was promoted to linesman on 28th August 1917. With the 51st Signal Regiment William saw active service in the Western European Theatre of War, France and Flanders.

William was awarded the Victory Medal and the British War Medal.

William survived the war.  He died on 19th July 1967 and is buried in the United Reformed Church graveyard, Ashwell, Hertfordshire.

William was born on 3rd October 1894, the fifth son of Alfred and Catherine (nee Musson) Bray. He was a pupil of the Merchant Taylors School in Ashwell.

Before enlisting William was a Booking Office Clerk with the railways.

William married Helen G Stott in the 4th quarter of 1924 in the Luton district, Bedfordshire.  They had one child, Jean, born at the beginning of 1930.

He died on 19th July 1967 and is buried in the United Reformed Church graveyard, Ashwell, Hertfordshire.

William’s brother Fred served with the Bedfordshire Regiment in the War and survived.