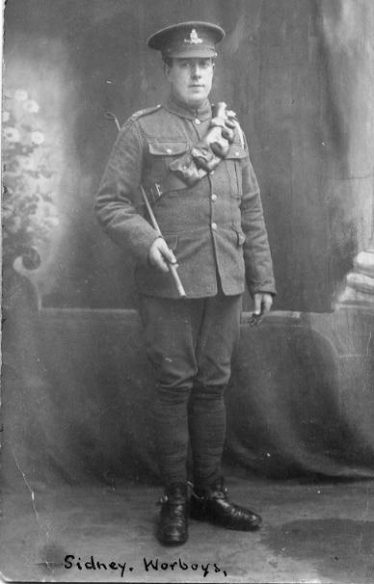 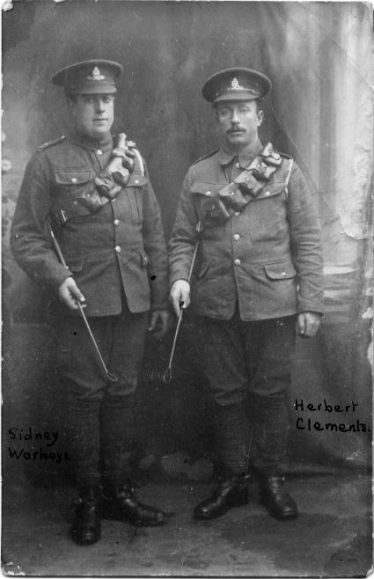 Sidney Walter Worboys (Regimental Number 890488) and his friend Herbert George Clements (Regimental Number 890489) enlisted together in September 1915 with the Royal Field Artillery, Territorial Force. It appears they saw active service with the East Anglian Division in Gallipoli and Palestine.  They both survived the war.  Sidney died in the Stevenage district in November 1984.

Sidney Walter was the fifth son of James and Charlotte (nee Huffer) Worboys christened on 2 July 1983 in Ashwell, Hertfordshire. He was a pupil at the Merchant Taylors School in Ashwell. The 1911 census shows him as a farm labourer.

He married Florence Winifred Whitby in 1930 in the Royston district.  It is not known if they had children.

Sidney died in the Stevenage district in November 1984.

Two of Sidney’s brothers, Ernest John and Harold also served in the War and both survived.